AppleInsider
Posted: June 30, 2022 2:51PM
in General Discussion edited June 30
The Coalition for App Fairness with Epic Games at its head has commissioned a pair of polls showing that the majority of respondents want App Store competition and antitrust legislation. 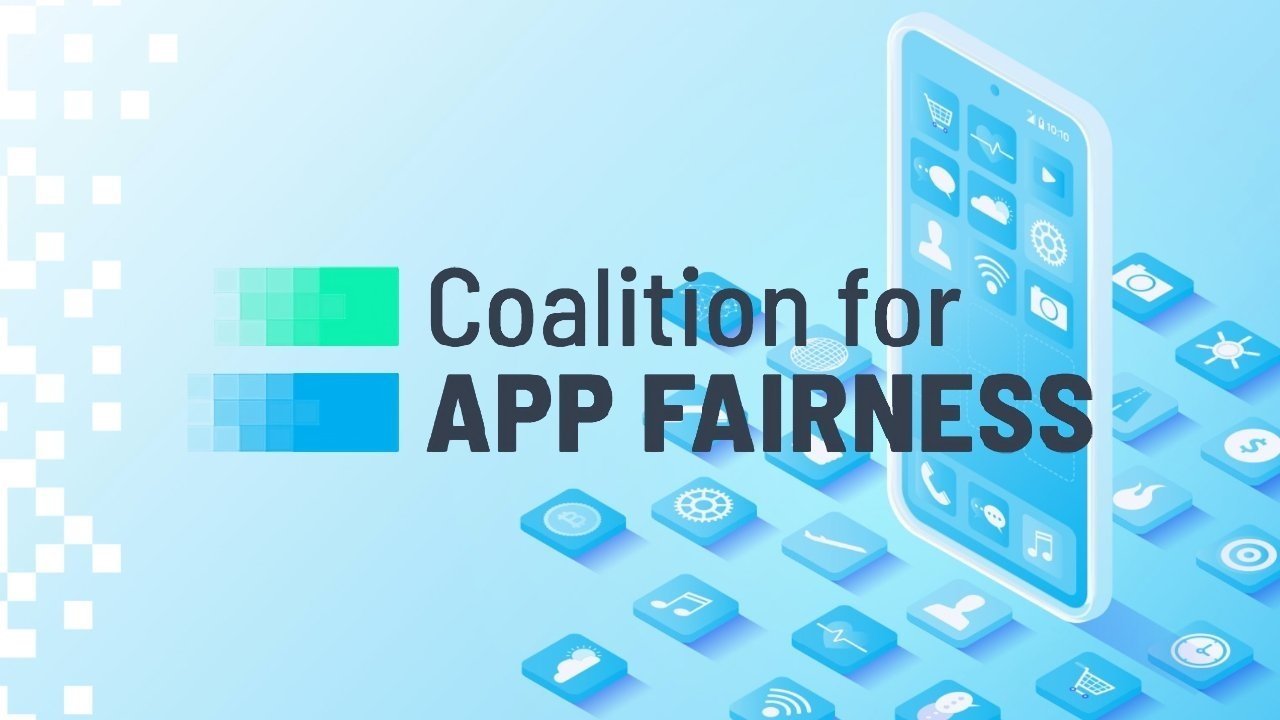 Founded in 2020 by Epic Games, Spotify, and others, the Coalition for App Fairness (CAF) is a lobbying group created specifically to advocate against Apple's App Store policies. It has been calling for Apple to allow third-party app stores, alternative payment systems, and less restrictive terms.

On Thursday, CAF released new research claiming that 79% of voters support the Open App Markets Act, which would force Apple and others to allow third-party payment systems and place additional restrictions aimed at increasing competition.

"Recent research conducted by OnMessage Public Strategies and Lake Research Partners found likely voters in both parties back legislation to address the anticompetitive practices of app store gatekeepers," CAF wrote in the paper.

Per the research, 68% of respondents think that Big Tech has too much power and 79% support legislative efforts to open up the mobile app ecosystem. CAF says the survey shows that there is "clear, overwhelming, and bipartisan support" for lawmakers to pass antitrust legislation.

When asked about how much power Apple wields, 59% of respondents said it was too much, while 28% said it was the right amount.

Some of the questions in the polls appear to be leading, with one directly telling participants that "Apple and Google have monopoly control over what apps are allowed in their app stores and how consumers are able to download the apps."

Epic Games is well-known for its vocal criticism of Apple's App Store policies. Back in 2020, the company baited Apple into removing "Fortnite" from the App Store by sneaking an alternate payment system into the popular game in violation of Apple's guidelines.

After "Fortnite" was removed, the game studio immediately launched a premeditated lawsuit and PR campaign against Apple. After a lengthy trial in 2021, a U.S. District Court judge ruled largely in favor of Apple, stating that the company was not a monopoly.

Despite the favorable ruling, Apple and other tech giants are still facing increasing antitrust scrutiny in both the U.S. and abroad. Apple, for its part, argues that current antitrust legislation would weaken the privacy and security of its iOS platform.

The surveys, which asked questions to 1,600 likely voters, were conducted over telephone between June 6 and June 10, 2022.