iPad finally has a Weather app, but there are better options

AppleInsider
Posted: June 30, 2022 11:40AM
in iPad edited June 30
Apple has finally ported the Weather app to the iPad twelve years after its debut. Of course, it has stiff competition, but the company will also work with developers by introducing WeatherKit. 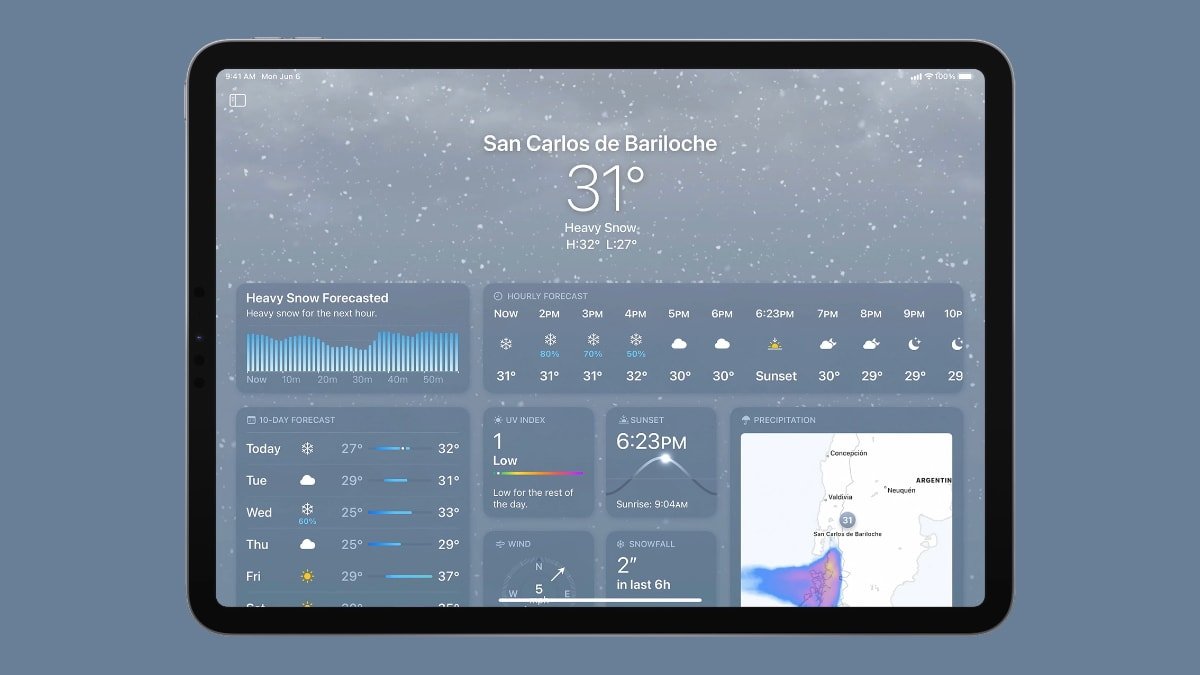 The original iPhone included weather during its launch, powered by Yahoo and then The Weather Channel until 2021.

Apple acquired a popular weather app Dark Sky in 2020. Dark Sky was famous for its accuracy, providing hyperlocal, hyper-accurate results. Users could report the weather in their location, and Apple has retained that feature in the new Weather app.

A year after the acquisition and re-tooling its app, the new first-party Weather app launched in in iOS 15. At that time, the company announced it would deprecate the Dark Sky API, forcing developers to find alternatives. But now Apple has introduced WeatherKit.

WeatherKit can be used in apps for all Apple operating systems using a platform-specific Swift API. Other platforms can use a REST API.

It's powered by the new Apple Weather service, a global weather forecast system that can provide apps with 10-day hourly forecasts for temperature, precipitation, wind, UV Index, and more.

Apple says that privacy is built into the system. For example, WeatherKit uses location data only for weather forecasts and is not associated with personally identifiable information.

Whether developers will use Apple's system remains to be seen, but it will presumably be free, making it an attractive offering.

Apple still relies on third-party sources of weather data, though. For example, it cites sources such as The Weather Channel, Breezometer, National Weather Service, and others.

A few of these entities provide weather apps of their own, and they are some of the best apps for iPhone and iPad. Each of these apps has its own "hook," a selling point to differentiate themselves from competitors. Weather features are generally the same so it largely comes down to data accuracy and uniqueness.

Breezometer is the best app for air pollution, pollen, and active fires that impact health. It provides air quality data to Apple Weather, but not all of its app features, such as fire tracking, are shared.

It's essential for people living in areas prone to wildfires and people with allergies. The company uses machine learning and artificial intelligence to provide real-time, street-level air quality data.

Breezometer is free with in-app purchases.

CARROT Weather is known for its snarky personality, offering professional and profanity-laden forecasts. 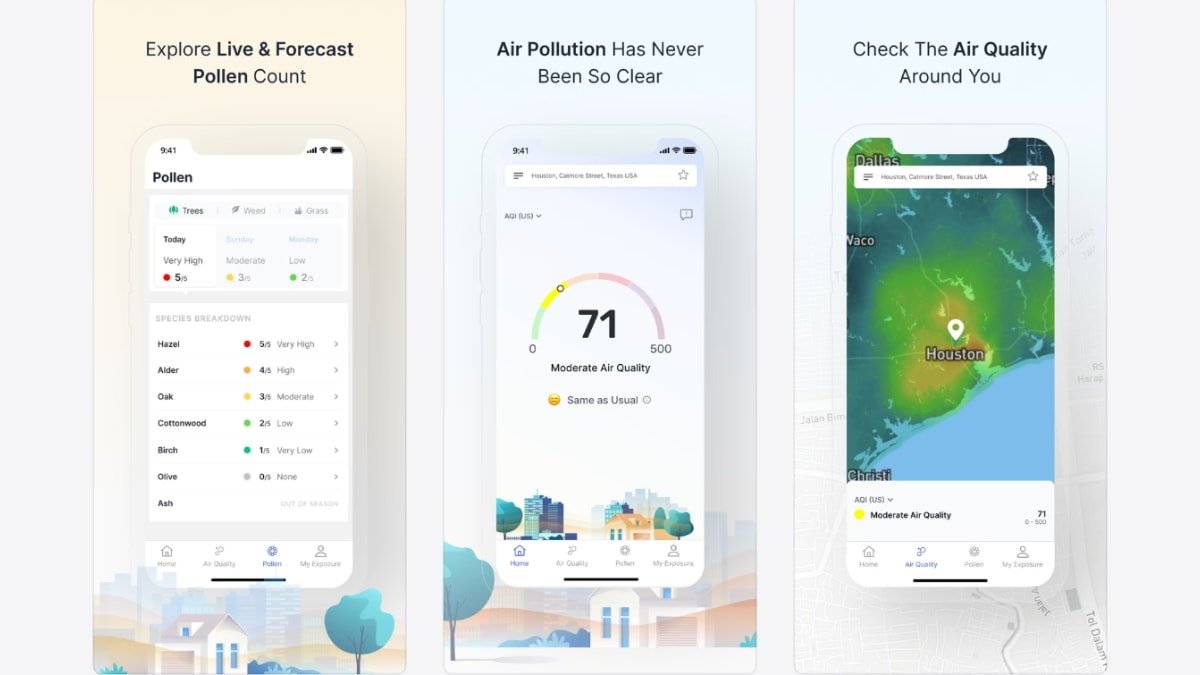 The app offers fun ways to interact with it, offering over 100 secret locations, over 60 achievements, and letting users film TV-style weather reports.CARROT is free with in-app purchases.

The Weather Company, the parent of The Weather Channel, remains one of the premier weather sources for developers and users alike. Its features include live Doppler radar maps, storm watches, and hurricane trackers to warn users of heavy rain, heat waves, incoming floods, and more.

The U.S. government doesn't directly provide an app for the National Weather Service, but there is an app from the National Oceanic and Atmospheric Administration. 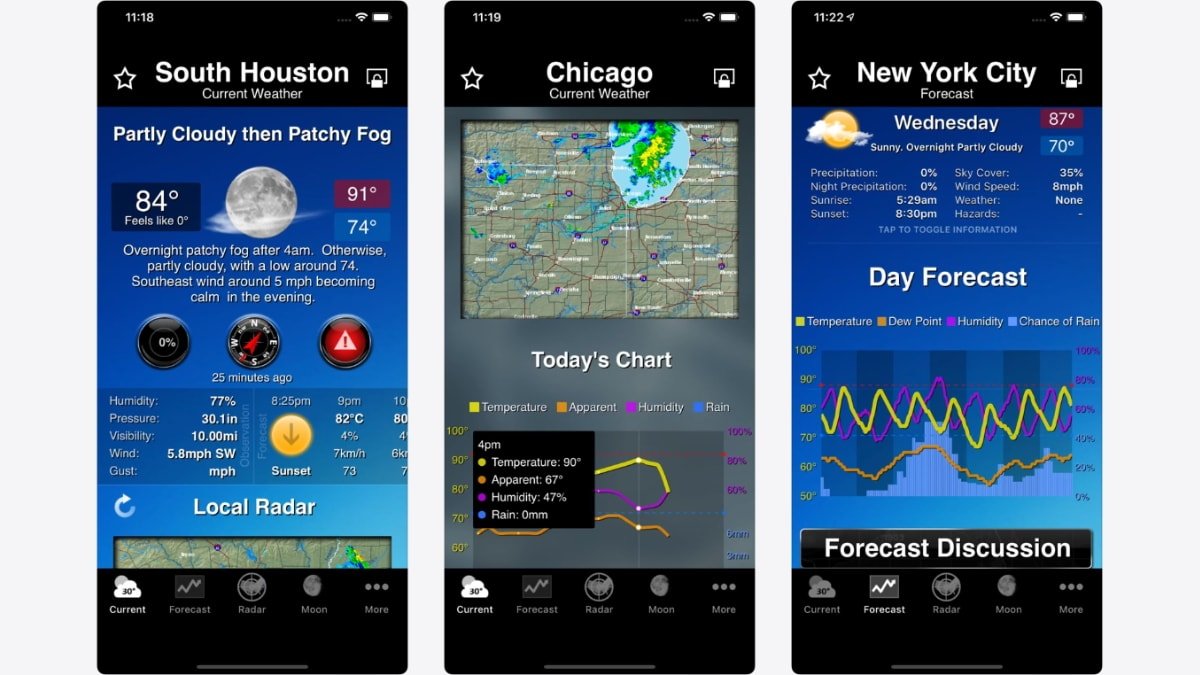 NOAA Weather provides standard weather features such as radar maps, 7-day and 24-hour forecasts, and hourly forecasts. Its hook is the exclusive sun and moon information from sunrise, sunset, moonrise, and moonset. NOAA says this data can be helpful to anglers and hunters.

NOAA is also the best weather data source for those traversing the ocean. NOAA Weather is free with in-app purchases.