AppleInsider
Posted: July 5, 2022 2:39PM
in Future Apple Hardware
With the introduction of the M2 chip, rumors have already started about Apple's next chip launches. Here's when to expect Apple's next Apple Silicon launches. 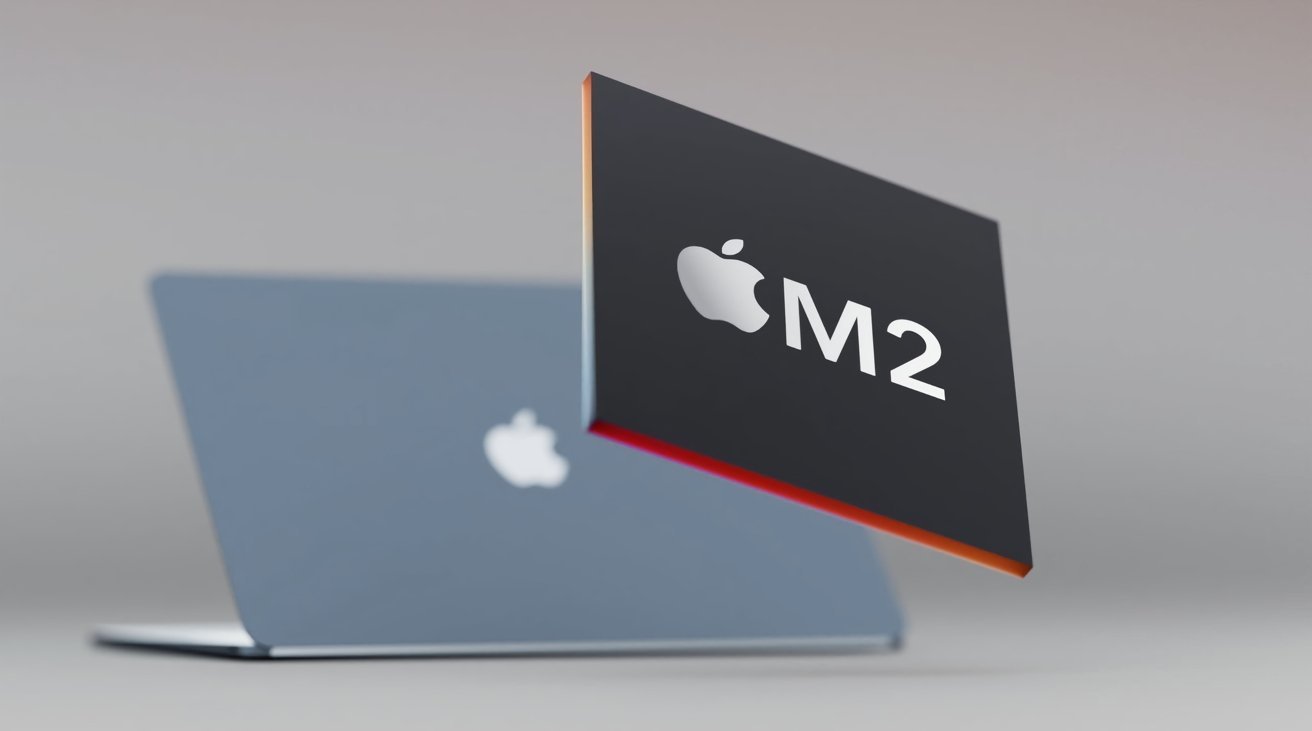 Apple is now firmly in the second generation of its M2 chip generation, shipping the first devices housing the updated SoC design. So far, it has only brought out the M2, but more are expected to be on the horizon.

After practically two years under the first generation, which involved four released variations of the M1 chip, the start of a new cycle raises fresh queries, including what Apple will bring out next and when it will happen.

AppleInsider has already looked into its crystal ball to speculate about the M2 Pro, M2 Max, and M2 Ultra releases. That forecast indicates the next batch of chips could be an extremely useful upgrade for Mac users down the road.

How far down that road is another matter entirely.

Given what we know about the M1 generation and rumors about the second, some educational guesses can be made on when Apple's next Apple Silicon moves will take place.

A trillion-dollar creature of habit

One of the big lessons observers of Apple can take is that it is a habitual company. It's obvious when you examine the cadence of product launches throughout the year, the annual iPhone updates that follow the same trends each time, and the gradual changes to the overall product lineup.

With the exception of products like the single-generation AirTag, some AirPods models, HomePod, and relatively few others, Apple has a tendency to regularly update its hardware to a fairly fixed schedule. 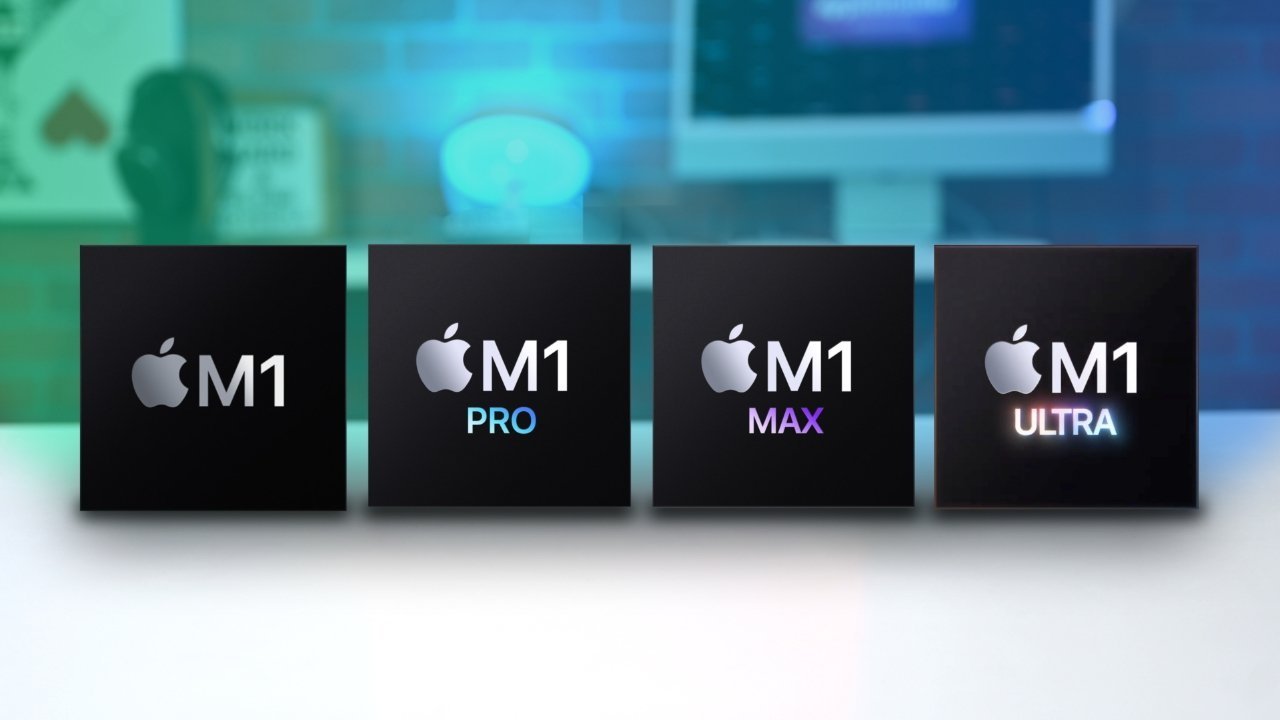 The M1 family of SoCs.

This is unsurprising considering it is a massive operation valued in trillions of dollars. With wealthy shareholders to answer to each quarter, it must carefully contemplate its activities.

Preparing updates to products that ship in the millions is a logistical nightmare, requiring intensive scheduling and budgeting to get right. For some products, this could mean laying the supply chain groundwork months or even years in advance.

The reasons for sticking to a predefined cadence aren't just an operations issue. It can also be a consumer-oriented one.

Buyers of hardware, especially bleeding-edge purchasers, want to know that their devices will be at the forefront of performance for a reasonable amount of time before being usurped by newer, faster products. For devices costing thousands of dollars sometimes, such buying decisions can be tough for consumers.

If you're shelling out thousands for a just-launched 16-inch MacBook Pro with the fastest possible configurable chip, the last thing you want is to find Apple updates the model a few months later, with new features and a better configuration. Buyer's remorse can be a killer to a brand.

A year's gap between updates in an iPhone may be acceptable, partly because Apple has adopted that cadence for that product line. That gap has to widen for a potentially more expensive and less frequently updated device like a MacBook Pro, or else consumers will be upset.

This means that, for the M2 Apple Silicon generation, we do have to look at Apple's timing for its launch against the M1 and take that into account with our forecasts.

Since repetition is a theme for Apple, it makes sense that any analysis of the M2 series schedule should consider what Apple did for the M1.

The M1 generation started with Apple's introduction of Apple Silicon itself, which took place during WWDC 2020. While it didn't release actual consumer hardware during the event, it did lay the groundwork for the chips by providing developers with a modified Mac mini.

Apple didn't actually introduce M1 itself until November 2020, which it did alongside the first Apple Silicon hardware launches: Mac mini, MacBook Air, and the 13-inch MacBook Pro.

There wasn't any further movement forward on M1 until five months later, with the introduction of the 24-inch iMac, as well as adding the chip to the iPad Pro lineup.

The M1 Pro and M1 Max didn't appear until October 2021, almost a year after the original M1 landed and 16 months after Apple first introduced Apple Silicon. The 14-inch MacBook Pro and 16-inch MacBook Pro were the vessels for the new chip pairing, but even then, Apple wasn't finished.

It wasn't until March 2022 that Apple brought out the Mac Studio and the last M1-series chip, the M1 Ultra. That occurred a year and nine months after Apple Silicon's launch, a year and four months after M1 was introduced, and five months after the M1 Max the Ultra is based on.

With the launch of M2 at WWDC, you could reasonably assume that the event was the end of Apple's two-year transition period. M2 appeared approximately 19 months after M1, just eight months after M1 Pro and M1 Max, and a mere three months after M1 Ultra.

If we were working on a proper two-year cycle for launches, the WWDC 2022 event would've had Apple talking about a "next-generation Apple Silicon chip" without naming it and certainly without any hardware launches.

Instead, we had M2, the MacBook Air got overhauled, and the 13-inch MacBook Pro got a chip change. 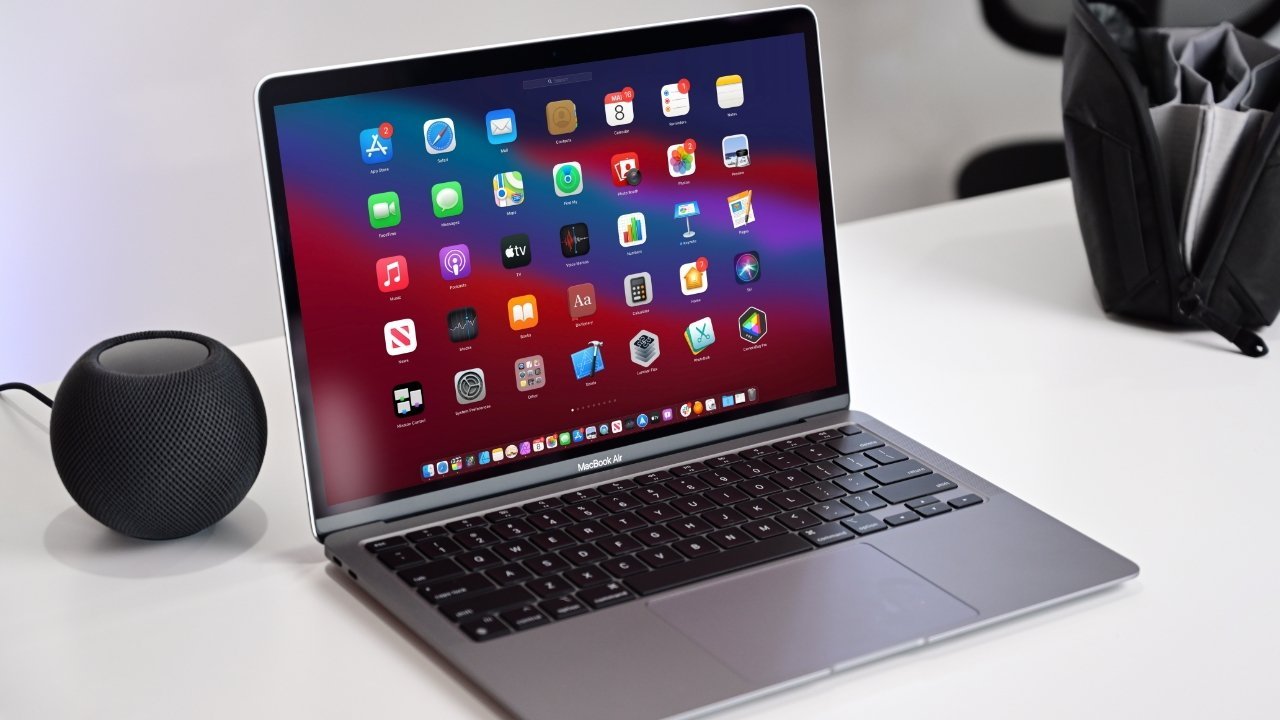 You could interpret this as Apple running to a 19-month cadence, but that seems unfitting for Apple. It could just as easily be Apple taking advantage of the early stages of creating a release cycle to shift its Apple Silicon update timing to coincide with WWDC, instead of later in the year, as it did with M1.

It's entirely plausible that Apple could be aiming for a 2-year Apple Silicon release schedule centered around WWDC.

As for product launches, a two-year update cycle for a Mac isn't entirely unreasonable to expect. Even a 1.5-year cycle isn't too bad, or even an annual refresh that could include minor incremental changes some years.

For the most part, the rumor mill tends to focus on products that will be sold to consumers rather than specific components, and this applies to Apple Silicon Macs.

On M2-specific rumors, a late June claim had Apple booking capacity with chip partner TSMC to use a 3-nanometer process for its next chip line, instead of the 5-nanometer techniques used on the existing Apple Silicon lineup. The report said it would be used on M2 Pro and higher chip tiers, with volume production starting in late 2022.

Returning to Macs, February had a report outlining Apple's attempts to bring out more Macs in 2022, including a 24-inch iMac with M2, an updated iMac Pro, and whatever Apple's plans are for the Mac Pro. 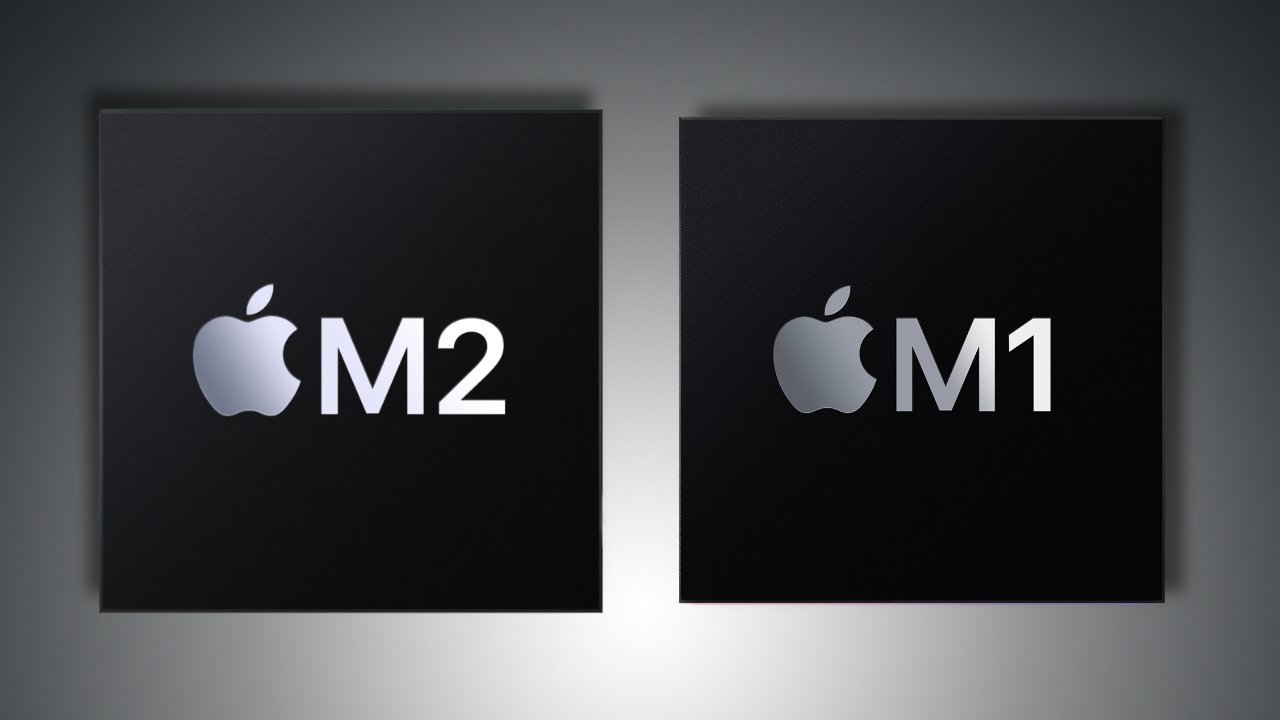 M2's initial release was similar in nature to the M1.

By March, after the launch of the Mac Studio, Apple was thought to be preparing a Mac mini with M2 for release later in the year, while an M2 Pro-equipped version was also being worked on, albeit without an intended release date.

It was around this same time period that Apple would reportedly bring out the M2 MacBook Air and 13-inch MacBook Pro in "late 2022." Obviously, that was incorrect.

By June, the rumor mill started up again with the M2 Apple Silicon claims, including a supposed 12-inch MacBook and a 15-inch MacBook Air. Both would run M2, but with expected release dates for the end of 2023 or early 2024.

Others were quick to doubt the existence of the 12-inch model, while at the same time supporting the 15-inch MacBook Air rumor, with an additional caveat of an M2 Pro version on the way.

By late June, a report floated the idea of an M2 Pro Mac mini, and M2 Pro and M2 Max-equipped 14-inch MacBook Pro, and 16-inch MacBook Pro sometime in the next year, as well as an M2 Ultra and "M2 Extreme" Mac Pro at some point.

Interestingly, that report also said that Apple was not only working on M3, the next generation, but that it was also planning to use it as early as "next year," meaning 2023.

If true, this could shorten the chip launch cadence by a few months, potentially matching a 1.5-year cycle.

Apple's internal work on its next-generation chips isn't surprising to anyone. Neither is the lengthy development cycle for its products and the components that go into the devices.

These processes take months to play through and can last over a year before reaching the manufacturing stage. Then, Apple must work with its partners in the supply chain to create parts, which can take months to complete to Apple's standard of quality.

In the case of Apple Silicon, Apple has to turn to TSMC, its sole partner on SoCs used throughout its ecosystem. 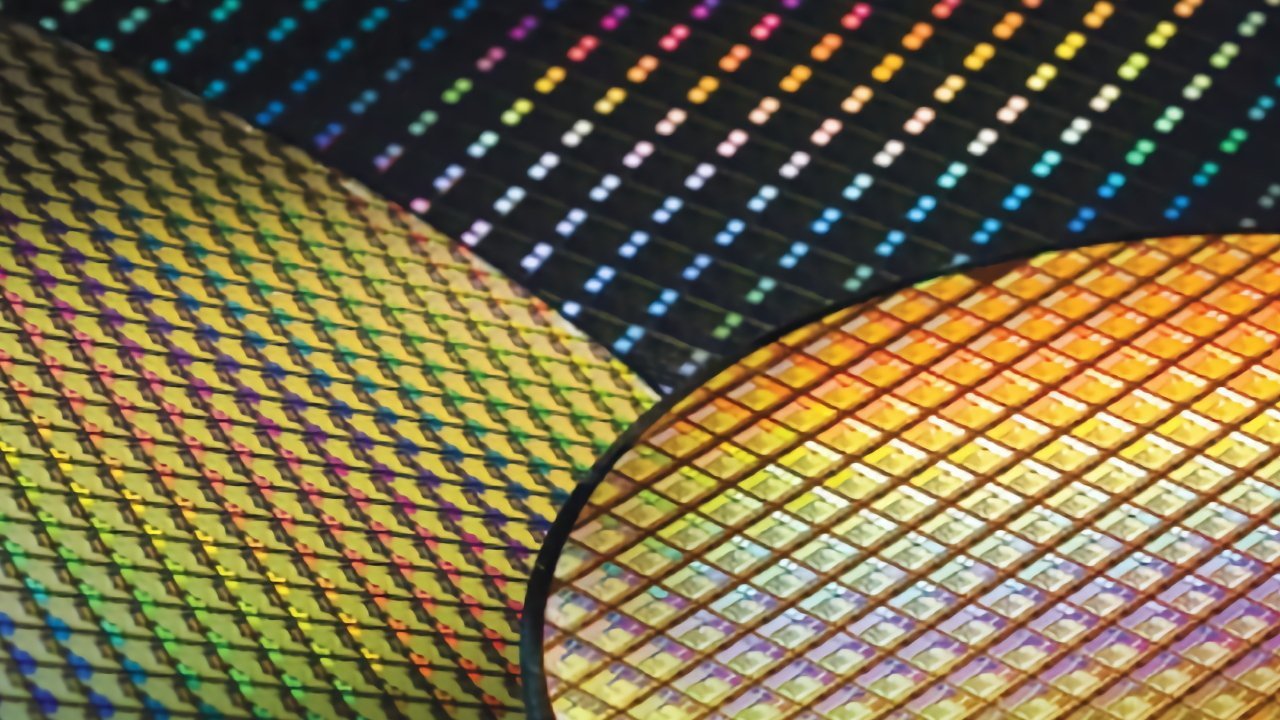 TSMC is a major partner to Apple, since it makes Apple Silicon chips.

TSMC doesn't just work with Apple, but Cupertino is one of its biggest clients.

The closeness of the two has led to Apple being in an advantageous position amid the global semiconductor shortage. A problem that has led to reduced production of chips used in many different industries and obviously could affect Apple.

So far, Apple has been insulated from the chip crisis due to working with TSMC well in advance, and it seems the situation will remain stable for the moment.

Like other chip companies, TSMC is working to expand its production capabilities to combat the global shortage of chips. That includes 3-nanometer factories that could be used in the as-rumored future M2 Pro's production.

The global shortage could be a factor in extending the timeline of Apple's future M2 chip launches and product releases. Except both Apple and TSMC are working to avoid that becoming a reality.

It's anyone's guess, but estimates can be made

No-one outside of Apple knows precisely when the company will release new Apple Silicon chips and hardware that will run it.

Once established, Apple could easily bring its Apple Silicon product launches into a similar cadence as its previous Intel-based product updates. It's just a little too early in the Apple Silicon lifecycle to pin it down.

As a guess for when Apple could bring out the next versions of its chips, based on a sub-two-year cadence and rumors, something like the M2 Pro and M2 Max could surface in late 2022, if not early 2023.

If the rumors of a shift to 3-nanometer production are true, then it would be extremely unlikely for M2 Pro and M2 Max to arrive before early 2023. If false and Apple sticks to 5-nanometer, then the late-2022 schedule is a lot more viable.

The M2 Ultra and the supposed "M2 Extreme" will be a while longer again, towards the tail end of the overall cycle. If the cadence is closer to one year than two, that could be around WWDC time, though more likely later on in 2023 itself.

Apple could even introduce M3 by WWDC 2023 if it wanted to, but that would severely compress the M2 lifecycle and be a further tweak from the expected cadence.

Whether it actually does so is another matter entirely.