AppleInsider
Posted: September 6, 2022 10:18AM
in Apple Watch
More leaked photographs of protective cases alongside ones intended for the Apple Watch Series 8 practically demonstrate the size of the Apple Watch Pro. 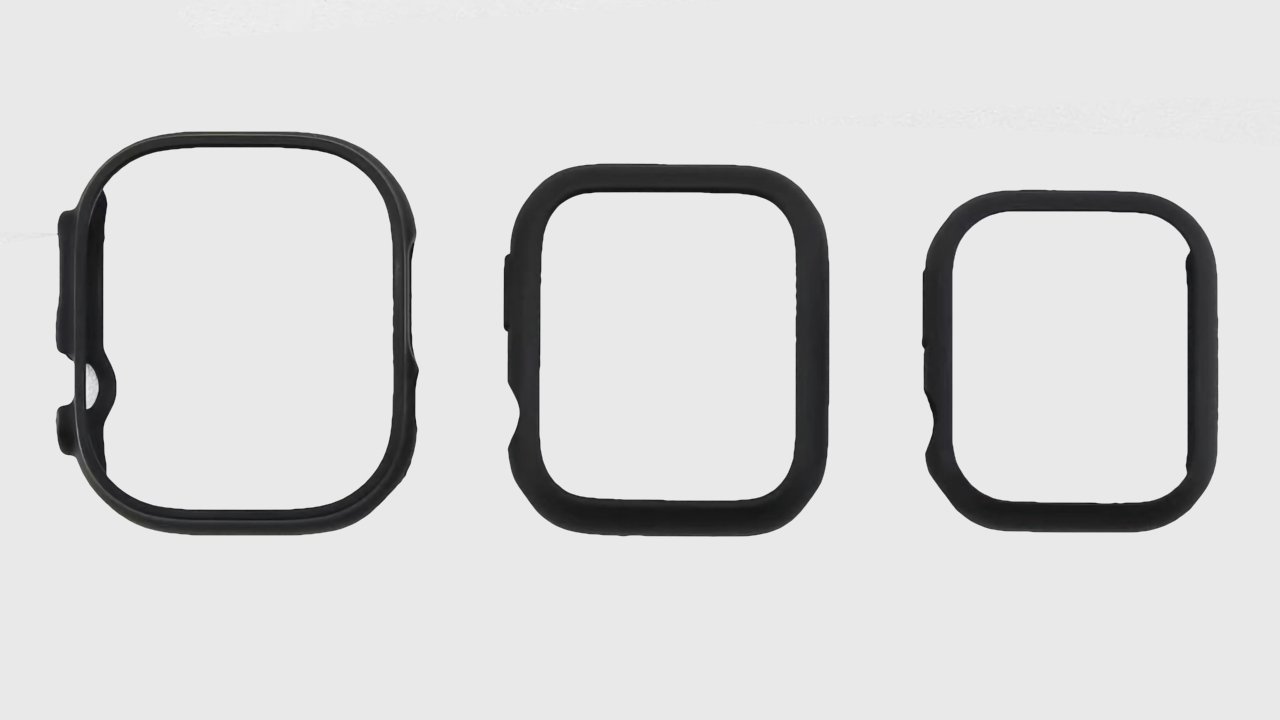 Following the recent leaks both of photographs of third-party cases, and Apple renders of the expected Apple Watch Pro, a new leak shows cases for the whole range.

In the other, three black protective cases are shown for both of these models, and also the 41mm version of the Series 7 and Series 8.

These cases do match the ones from Monday, and they appear to fit with the render. Seperately, Bloomberg's Mark Gurman says that Monday's render is correct.

Monday's Apple Watch Pro CAD leaks show a larger display than is expected for the regular Apple Watch Series 8. Prior rumors place that display at 49mm, compared to the up-to 45mm of the Series 7.

A highlight of the renders is the protrusion around the Digital Crown. That appears to hold not just the digital crown, but an additional button which is said to be user-configurable to invoke just about any action on the Apple Watch.