AppleInsider
Posted: September 12, 2022 6:57PM
in iOS edited September 12
Users who were trying to accept new App Store terms and conditions in the wake of the iOS 16 or iOS 15.7 updates were getting blocked by a recurring error. 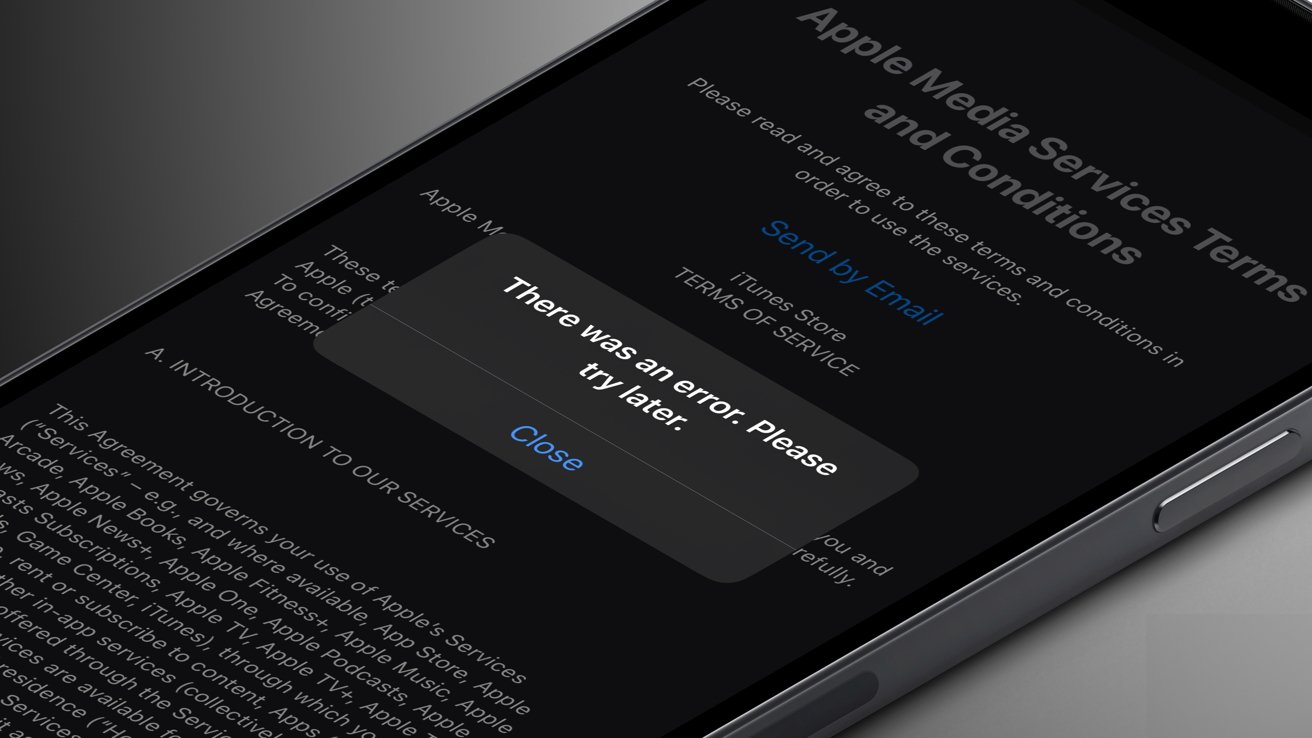 Users could not accept new App Store terms and conditions

New terms and conditions sometimes appear when opening the App Store for the first time after a software update. Users who clicked agree were met with an undefined error, likely related to the volume of users updating.

Since Apple released both iOS 16 and iOS 15.7 in the same hour, traffic on Apple's servers was incredibly high. An inadvertent denial of service attack by millions of users trying to get the updates and accept the terms, all going at the same time is likely the culprit.

And users trying the action again perpetuated the problem -- but with less impact than the start of multi-gigabyte downloads.

Apple acknowledged the problem affecting some users for the iOS and Mac App Stores starting at 2:44 PM EST.

Update: The issue was resolved at 3:30 PM EST according to the Apple System Status page.