The feature relies on the high dynamic range gyroscope, accelerometer, GPS, barometer, and microphone. Using the data provided, the device then uses complex algorithms to detect when a serious car crash has occurred. 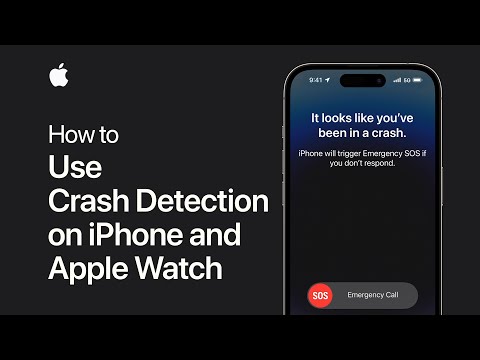 Apple reminds viewers that no setup is required and that Crash Detection is enabled by default.

When an accident is detected, an alert will display on the device's screen for ten seconds. The device will automatically contact emergency services if the user does not respond to the prompt.

The device will send your location with latitude and longitude coordinates and a suggested search radius.

The device will also alert any emergency contacts after emergency services have been contacted.