AppleInsider
Posted: November 29, 2022 1:18PM
in iPod + iTunes + AppleTV edited November 2022
The massive profits of record labels and streaming services like Apple Music are not at the expense of musicians and artists, a UK regulator has declared. 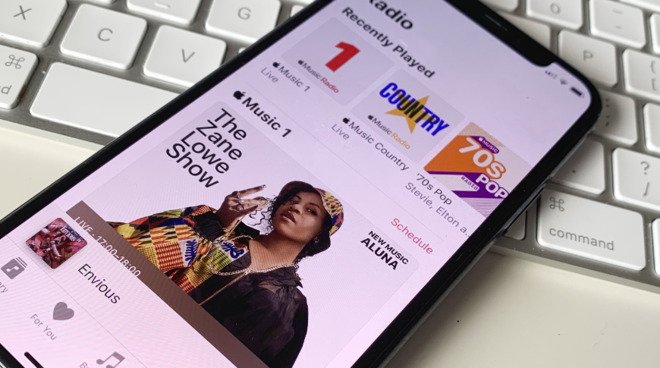 Early in 2022, the UK's Competition and Markets Authority commenced an investigation into the streaming music market, to determine if companies at the top of the food chain have too much power, and if artists and subscribers were being treated fairly. In November, the CMA has made its decision: Everything's fine.

Published on Tuesday, the CMA's final report claims that consumers have benefited from the move to streaming and increased competition. In real terms, prices for consumers have fallen more than 20% between 2009 and 2021, it found.

On concerns from music creators, including songwriters and musicians claiming they earned very little from streaming, the CMA reckons that the concerns are pretty much unfounded.

With more artists competing for attention, revenue from streaming is shared "more widely." This includes an increase from 200,000 artists in 2014 to 400,000 in 2020, a doubling of competition.

The watchdog found that, as meritocracies usually go, the top producers got the lion's share of revenue. Over 60% of streams listened to were recorded by the top 0.4% of artists, it determined.

Labels aren't holding out on profits

Therefore, concerns by creators wouldn't be addressed by the introduction of measures to improve competition, CMA continued. However, other policy measures would be needed to address the complaints.

"The study does however highlight that the issues raised by creators could be further considered by government and policymakers as part of their ongoing work following the DCMS Select Committee's inquiry into the economics of music streaming," CMA concludes.

"Streaming has transformed how music fans access vast catalogues of music, providing a valuable platform for artists to reach new listeners quickly, and at a price for consumers that has declined in real terms over the years," said CMA interim CEO Sarah Cardell.

"However, we heard from many artists and songwriters across the UK about how they struggle to make a decent living from these services," Cardell continued. "These are understandable concerns, but our findings show that these are not the result of ineffective competition - and intervention by the CMA would not release more money into the system that would help artists or songwriters."

The UK Department for Digital, Culture, Media, and Sport started an inquiry in October 2020 into the topic of streaming music royalties.

Complaints from musicians and songwriters about low earnings from streaming have existed for quite some time, with Apple among the targets due to the popularity of Apple Music.

Apple commands just a fifth of the UK streaming market, a UK government report found in July 2022. Spotify was in the lead with around 60% of the market, while Amazon made up 30%.