AppleInsider
Posted: March 22, 2013 12:15AM
in General Discussion edited January 2014
A reportedly rediscovered video from 1984 shows Apple cofounder Steve Wozniak talking about all things Apple, including his time with Steve Jobs, creating the Apple I and Apple II, and more. 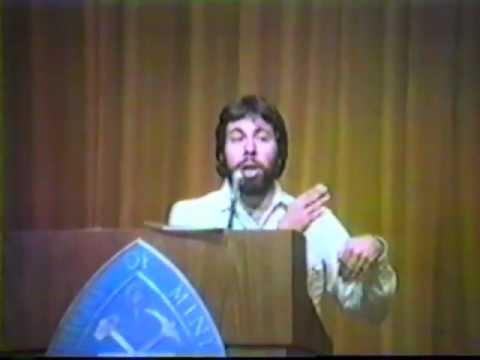 AppleInsider was made aware of the video series by uploader Vince Patton, who said the footage comes from a VHS recording of a talk Wozniak gave on Oct. 4, 1984, to the Denver Apple Pi computer club. While the quality is not of the highest caliber, it is surprisingly watchable given its age.

In the videos, Woz discusses everything from being a college prankster to working on some of the most important products in Apple history.

Also part of the collection is a short speech from Randy Wigginton, Apple employee No. 6 and creator of a number of Mac applications including MacWrite.