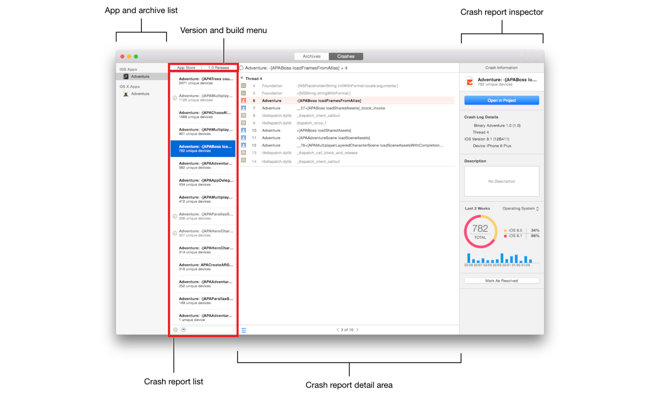 According to Apple, the new crash reporting service streamlines the development process by helping app makers find and resolve bugs that cause random crashes, as well as other logged problems.