AppleInsider
Posted: August 25, 2015 4:12PM
in iPhone edited August 2015
A video and photoset published Tuesday claim to show a partially assembled Frankenphone with "iPhone 6s" display and logic board powered by a host iPhone 6 battery, chassis and other integral components.

The authenticity of the supposedly leaked parts, as published by MacRumors, has not been vetted, though a number of dissimilarities from current iPhone components suggest legitimate next-generation hardware or at least parts from a prototype.

The display unit shown off in today's video appears to be the same or similar to previously leaked hardware. As seen in the video below, the purported iPhone 6s display features an external design identical to that of the current iPhone 6. The underside, however, exhibits a few key changes first seen earlier this month when another leak revealed what appears to be permanent EMI shielding.

Apple is expected to integrate pressure-sensitive Force Touch input technology with the new iPhone model, though the presence of supporting hardware cannot be seen in today's video or photos.

A closer look at the logic board reveals a refined chip layout and new components like Qualcomm's WTR3925 RF transceiver chip, an efficient 28nm design that packs in two-carrier aggregation on a single die. Other changes include a thinned down bridge arm for connecting to the ear speaker, proximity sensor and front-facing camera, and an unknown chip located next to the Wi-Fi module.

Apple's "A9" system-on-chip can also be seen in today's photos, but without branding or identifier decals that usually denote RAM allotment. The chip itself looks to be a bit larger than Apple's A8 SoC, though a direct comparison cannot be made with any certainty. If Apple is using a larger format it would suggest either a revamped core design or the addition of circuitry to support as-yet-unannounced features. 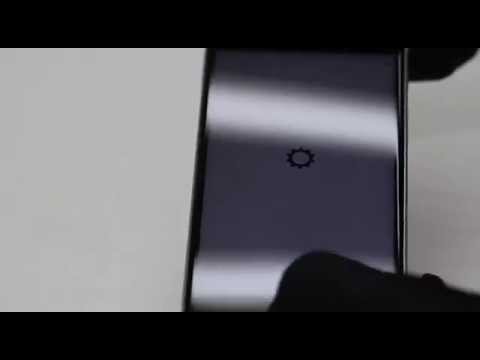 Apple is widely expected to announce a new iPhone lineup at a special event in September that might also bring new Apple TV hardware. Rumors have also suggested that Apple is mulling a return to the 4-inch form factor with a low-end "iPhone 6c" model, though evidence of such a smartphone has yet to materialize.