Review: 'Steve Jobs: The Man in the Machine'

AppleInsider
Posted: September 8, 2015 5:34PM
in General Discussion edited September 2015
Documentarian Alex Gibney's take on the life and times of Apple cofounder Steve Jobs poses provocative questions, but is too light on new information, too one-sided and at times too rudderless to answer them itself.

Even at two hours long, Steve Jobs: The Man in the Machine feels rushed. As former Mac engineering chief Bob Belleville put it in an emotional interview (one of the film's standout scenes), Jobs jammed centuries of experience into his 56 years on earth. A single movie can't come close to unpacking it all.

Gibney spends the first hour setting the stage, focusing on Jobs' early days at Apple before stepping back to offer perspective on a whirlwind life punctuated by trips to far off lands in search of meaning, spiritual enlightenment and self fulfillment. We get a distinct sense that Jobs never quite felt at peace, afflicted by an inner turmoil and driven by an inexplicable passion to create for what he claimed was a greater good. The film suggests instead that Jobs was perhaps steered by hubris, or something else entirely.

The second half devolves somewhat into a negative account of nearly every misstep Jobs made after finding success. Tough questions are asked, like whether Jobs was aware of -- or facilitated -- Apple's stock backdating scandal or why he initially disavowed paternal responsibility for his first daughter Lisa.

As an audience we are asked to draw our own conclusions about the "real" Steve Jobs, but Gibney's film comes up short on providing sufficient fodder. Interviewees include a number of past Apple employees, journalists and others who at one point had Jobs in their life, including Lisa's mother Chrisann Brennan, though none come from Jobs' family.

Interspersed throughout the two hours are clips from Jobs' videotaped deposition from a U.S. Securities and Exchange Commission case, taped in 2008. The video initially serves as a slick segue into archival footage showing behind-the-scenes business operations at Apple, but later in the film becomes a kind of doctored litmus test for proving Gibney's assertions true.

Appearing in his usual black turtleneck and jeans, Jobs is wan and clearly suffering both physically and mentally. He constantly squirms in his chair, his face sometimes twisted in pain. The footage is uncomfortable to watch for those who can put it into context. In the film, however, the circumstances are never introduced formally and are therefore framed as potentially damning statements coming from Jobs' own mouth.

Positioning such an incendiary piece of evidence at a documentary's core without context is prohibitive. Questions arise as to whether Jobs' condition at the time impaired his ability to correctly recall facts, or made him more candid and open. The video alone leaves much up to interpretation, but Gibney wields it as proof of his own assertions. Indeed, the latter third of the film jumps from topic to topic, many of which are unflattering to Jobs and Apple's modern corporate machine. Machine rehashes well-trod areas of intrigue, from tax avoidance (snippets of Apple CEO Tim Cook's Senate hearing are shown) to workers' rights and Foxconn suicides.

Highlighting Gibney's style of guided storytelling is a segment on the Gizmodo incident. In 2010, tech blog Gizmodo paid for a prototype iPhone 4 left behind at a bar by an employee, a major scoop as the handset was months away from release. Gizmodo photographed, inspected and dissected the smartphone before returning it to Apple. After Apple retrieved its property, Gizmodo editor Jason Chen had his house raided by a specialized California law enforcement task force called the Regional Enforcement Allied Computer Team (REACT). On a side note, the "R" in REACT used to stand for "Rapid," but has since changed to a less aggressive "Regional."

Gibney interviewed those involved, at least on Gizmodo's side, including Gawker Media founder Nick Denton. Offering counterpoint is footage of Jobs discussing the incident during an interview with Kara Swisher and Walt Mossberg, then journalists with The Wall Street Journal.

The film alludes to Apple's complicit involvement in the raid, noting the company is one of a number of corporations backing the REACT task force. A question is posed asking whether REACT is simply a group of hired thugs, the muscle for powerful Silicon Valley companies. Gibney presents no answers beyond what is basically an indictment against Jobs from the Gizmodo crew. 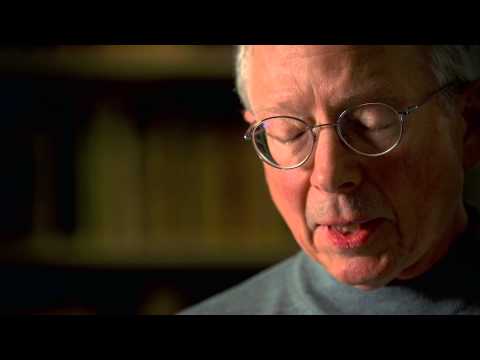 Following the truncated chronicling of Jobs' life, Gibney circles back to posit his original question: why did the world mourn Jobs' passing?

It's become en vogue to paint Jobs as a temperamental genius who suffered no fool, and while Machine does a good job of summing up Jobs' morally suspect decisions, it fails to present noteworthy counterpoints, making it feel like a slam. But I don't think this was Gibney's intention. The film, while leaning toward the negative, leaves just enough room to let audience members solidify a preexisting opinion on Jobs, if they have one.

Gibney's film, then, serves to amplify our own preconceived notions; watching it reveals our own bias toward the "man in the machine," and there seems to be more than enough to go around. Belleville, in the clip above, best summarizes Jobs' polarizing effect. Whether cruel or kind, just or unjust, and regardless of his intentions, Jobs left those around him deeply changed.

Steve Jobs: Man in the Machine is out at select theaters now and can be purchased or streamed from iTunes, Amazon and other online retailers.

Editor's note: A previous version of this review incorrectly noted Jobs' 2008 SEC deposition as having taken place in 2011. The story has been updated with the correct information.