Consumer Reports in an update to its original MacBook Pro evaluation said it has finished retesting the battery life of MacBook Pro laptops running a macOS 10.12.3 beta released earlier this week. As the battery problems are no longer present, the publication can now recommend the laptop series.

"With the updated software, the three MacBook Pros in our labs all performed well, with one model running 18.75 hours on a charge. We tested each model multiple times using the new software, following the same protocol we apply to hundreds of laptops every year," the report said.

The reevaluation comes after the late-2016 MacBook Pro lineup failed to garner the publication's recommended rating for the first time ever. Specifically, Consumer Reports blamed the rating on extreme variations in battery runtime tests.

The publication found wild fluctuations in battery life runtimes for each of Apple's new MacBook Pro models, both with and without Touch Bar. In some cases operating times vacillated from 16 hours in one test to as little as 3.75 hours in another.

Following the poor showing, Apple revealed it was working with the publication to resolve what at the time appeared to be unusual results not indicative of real-world use. Apple spends substantial capital on special machinery, facilities and man hours to perform rigorous quality assurance testing before putting a product up for sale, suggesting the Consumer Reports test was somehow anomalous. 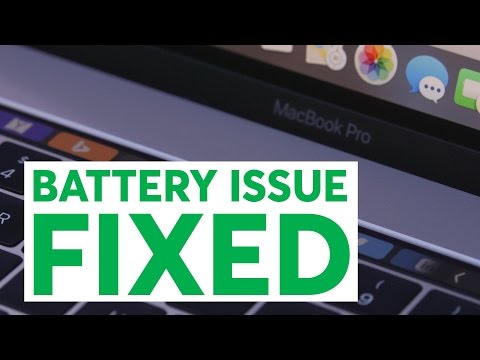 Earlier this week, Apple in a statement to AppleInsider said a hidden developer setting in its Safari web browser was enabled by Consumer Reports during testing and triggered an obscure bug that led to inconsistent battery life readings. The issue was resolved in a macOS 10.12.3 beta that should see public release soon.

"This is not a setting used by customers and does not reflect real-world usage. Their use of this developer setting also triggered an obscure and intermittent bug reloading icons which created inconsistent results in their lab," Apple said. "After we asked Consumer Reports to run the same test using normal user settings, they told us their MacBook Pro systems consistently delivered the expected battery life."
«123»