AppleInsider
Posted: March 31, 2017 2:57AM
in General Discussion edited January 26
Following up on AppleInsider's review of the eero mesh Wi-Fi product, we dive deeper into the system's strengths and foibles with this in-depth video review. 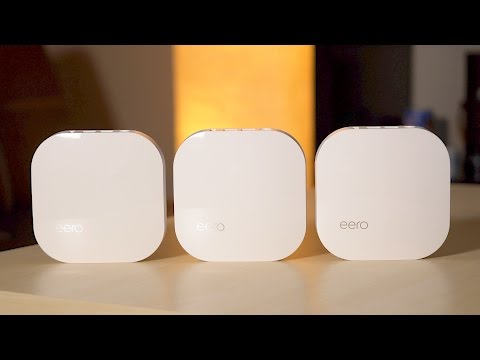 Make sure to read our full review of the eero Wi-Fi system, which we found to be a bit finicky and, at times, slow. That said, the setup is easy to install and solves the problem of Wi-Fi dead zones.

We're also interested in your questions! If you want to know anything about the eero system, chime in on our forums and we'll address it.

To find the lowest price on the eero and other mesh Wi-Fi products, please visit our Whole Home Wi-Fi Systems Price Guide.