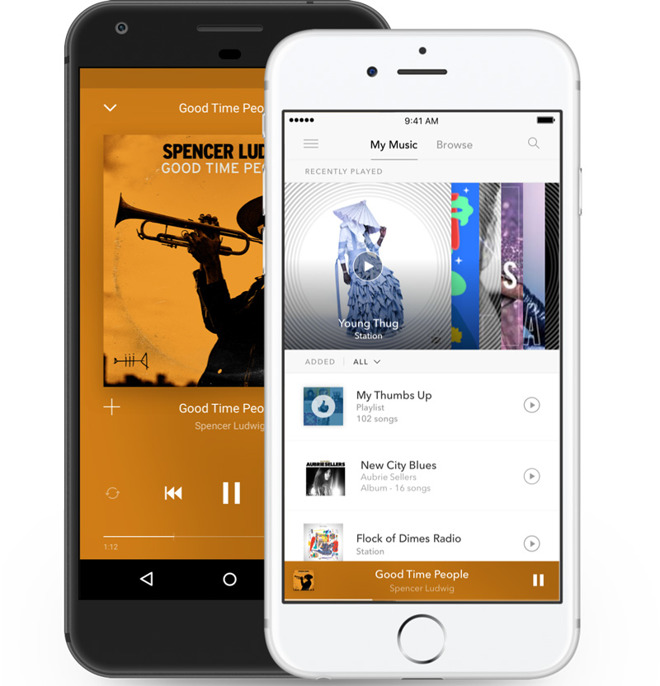 The service offers over 40 million tracks, and standard features such as playlists and offline listening. Pandora, though, is placing a heavier emphasis on personalization, for example via a "My Thumbs Up" playlist including every track liked on the company's radio stations.

Album recommendations meanwhile are based on listeners' favorite genres, and not just popular titles. Searches will generally ignore covers and karaoke tracks, and should improve in accuracy over time.

A Premium plan costs $9.99 per month, but can be tried free for 60 days. Aside from iOS and CarPlay the service works on Android and Chromecast, and various other car platforms including Android Auto, GM, Honda, Hyundai, Subaru, Pioneer, and JVC/Kenwood.

The company is major player in online streaming with some 81 million listeners, but only about 4.48 million paying customers, and until now no on-demand support. Spotify has over 50 million paid subscribers, more than twice the 20 million Apple quoted in December.

Pandora said that support for desktops and other devices is due in coming months.