AppleInsider
Posted: June 13, 2017 1:02PM
in General Discussion edited February 2020
iTunes chief and basketball devotee Eddy Cue was about as close as a fan can get Monday night, watching as the Golden State Warriors dominated the Cleveland Cavaliers to capture their second NBA championship in three years. 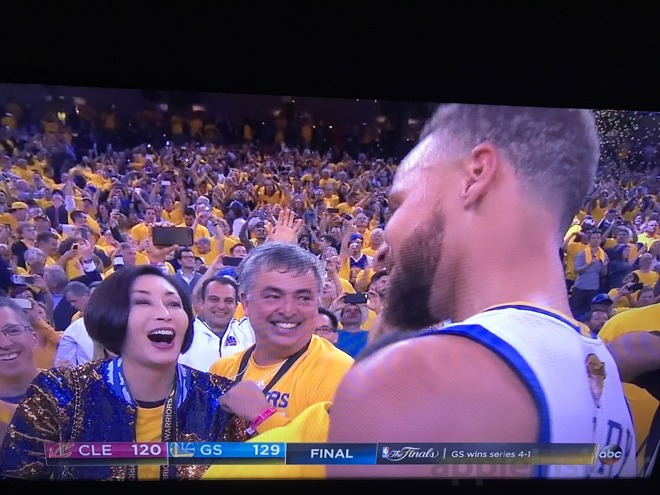 AppleInsider reader Willie captured the above picture of Cue courtside after the final buzzer sounded, giving the Warriors a 129-120 win, capping a dominant 4-1 series and 16-1 playoff run.

Last year, Cue even made the cover of the San Francisco Chronicle, in a photo where he was cheering on Warriors point guard Stephen Curry. 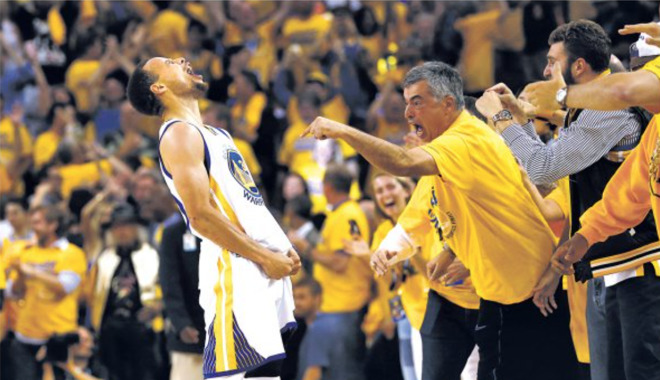 Cue on the cover of the San Francisco Chronicle in 2016.

As a high-profile Apple executive, Cue's pricey seats and passion have made him a fixture at Golden State games throughout the season. He even caught some flak earlier in the NBA Finals when TV watchers thought it looked like Cue yelled at pop singer and Cavs devotee Rihanna --though Cue himself denied the accusations on Twitter.

Having received a bachelor's degree in Computer Science and Economics from Duke University, the Apple senior vice president is also a Blue Devils basketball fan, and has been spotted courtside at NCAA games. Apple Chief Executive Tim Cook also earned an MBA from Duke, and has been photographed at Blue Devils games with Cue.