AppleInsider
Posted: June 22, 2017 6:54PM
in Mac Software
Feral Interactive has brought 'Warhammer 40,000: Dawn of War III' for macOS to the Mac App Store, with the futuristic real-time strategy game arriving on Apple's digital marketplace two weeks after it was made available to purchase from other online stores.

Developed by Relic Entertainment, "Dawn of War III" brings players to the Games Workshop universe of "Warhammer 40,000" for a third time, commanding three factions from the tabletop universe. Fighting as Space Marines, Orks, and Eldar, the game puts the armies against each other as they vie for control of a mysterious weapon, the Spear of Khaine.

The fight for the spear takes place over a 17-mission campaign, with players switching between the three sides, commanding them through colossal battles. Commanders can tip battles in their favor by deploying elite squads of soldiers, or by triggering special abilities to cause as much damage to their opponents as possible.

Multiplayer modes include team-based combat, with up to six players split into two teams to fight each other, with eight multiplayer-specific maps included in the game. Due to being initially released at the same time as the Linux version via the Feral Store, there is cross-platform multiplayer available in this release, with macOS players able to join up with those on Linux. 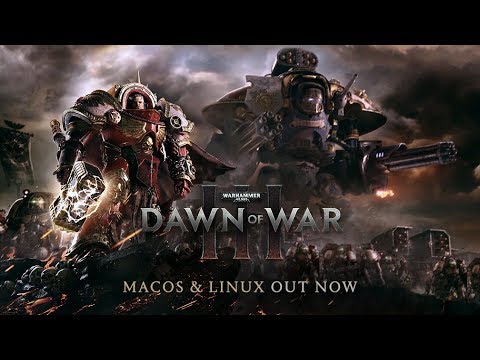