Honda says Apple CarPlay coming standard on 2018 Accord 2.0T, optional on other trims

AppleInsider
Posted: July 17, 2017 4:01PM
in iPhone edited March 2020
Honda has announced that the 2018 Accord, launching this fall, will once again offer Apple's CarPlay, which allows iPhone owners to bridge Siri and select apps with a car's dash interface. 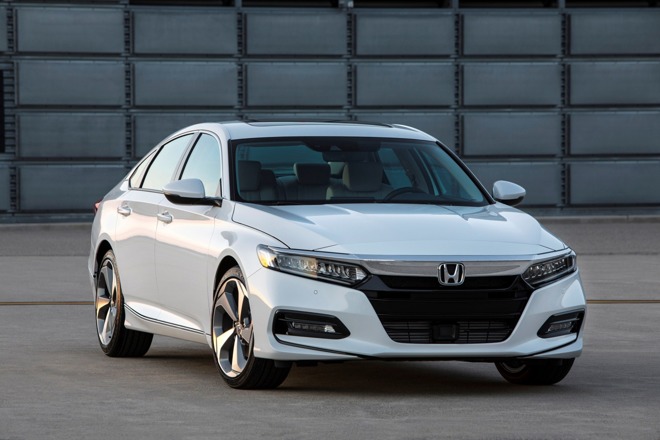 CarPlay -- and Android Auto -- will come standard on the 2.0T trim, and optional with the 1.5T and Hybrid, Honda said. Vehicles equipped with the technology will have 8-inch Display Audio touchscreens.

Honda's own dash interface will offer "smartphone-like" features, such as customizable app tiles and homescreen shortcuts. The touchscreen will also have physical volume and tuning knobs.

Other tech options will include wireless charging, automatic Bluetooth pairing for NFC devices, and LTE/Wi-Fi connections.

Honda already supports CarPlay on 2016 and 2017 models of the Accord.

On Monday the company also began rolling out the 2018 Fit. The Fit was previously a conspicuous gap in Honda's CarPlay support, being one of the automaker's most popular lines. Indeed the technology is still missing from the car's base trim.