AppleInsider
Posted: September 2, 2017 11:48PM
in Future Apple Hardware edited October 2019
When Apple's HomePod launches later this year, users will be able to take advantage of an automated pairing and setup process triggered by a special tone generated by the speaker and subsequently detected by a host iPhone. 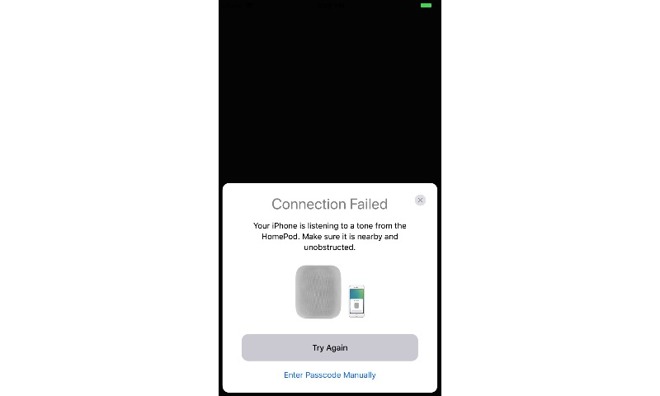 As with other connected Apple accessories, like Apple Watch and AirPods, it appears HomePod will sport multiple methods of pairing.

Apple Watch, for example, uses an image-based pairing technique in which Watch displays a dynamic "particle cloud" visualization for detection via a host iPhone's camera. If the automated system fails, the device falls back to a manual configuration process.

Once paired, a connected iPhone handles iCloud account authentication, hardware setup and other functions that benefit from a full onscreen keyboard.

HomePod was expected to take advantage of a similar setup procedure. Earlier this month, code unearthed in a prior iOS 11 beta version suggested HomePod's Siri assistant will read out a four-digit authentication and pairing code, which users input into their iPhone. From there, the setup process, including sign-ins for Apple ID, Apple Music and more, is offloaded to iPhone.

In essence, the HomePod tone generation function hinted at in today's screenshot is an audio version of Apple Watch's particle cloud feature that could fit into the setup process by triggering the previously uncovered Siri-based authentication process. Alternatively, the Siri readout might be part of a manual setup procedure.

Apple announced HomePod at its Worldwide Developers Conference in June as the company's answer to in-home virtual assistant devices like Amazon's Echo and Google Home. The speaker is scheduled for release in December.