AppleInsider
Posted: October 25, 2017 5:53AM
in iPhone
Japanese gaming giant Nintendo on Tuesday announced an all-new "Animal Crossing" game is slated to release on iOS and Android in late November, bringing with it a condensed version of the franchise's popular elements.

In Animal Crossing: Pocket Camp," players take control of a campsite that can be outfitted with furniture, expanded with new facilities and upgraded to attract animals friends that roam the virtual land.

While the game's scale has been reduced from a village in previous installments to a small camp, familiar franchise mechanics are in place. Players search for crafting materials, or more accurately complete tasks for animals who then hand over those items, that are used to build couches, tables and other accessories. Crafted products are then used to dress up the campsite.

Collecting, or befriending animals, is at the heart of Animal Crossing. Furniture, and a new friendship leveling system based on interactions, determine which animals come to visit. Craft the right items and socialize with critters to have them move in.

Like most free-to-play games, Animal Crossing features an in-game currency called Leaf Tickets, which can be earned by accomplishing tasks or through in-app purchases. Leaf Tickets can be put toward raw crafting resources or applied to speed up build times. 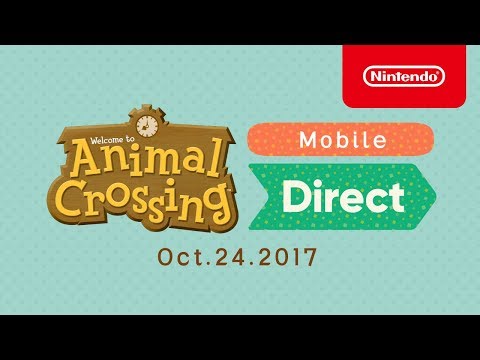 Nintendo did not specify a release date for Animal Crossing: Pocket Camp, saying only to expect the game in late November. Interested users with a Nintendo account can pre-register on the game's official website to receive launch notifications.

After holding out from entering the mobile gaming fray, Nintendo made a splash when it announced Super Mario Run for iOS during Apple's iPhone event last year. Despite some confusion over free-to-preview pricing, the game became an overnight success. Earlier this year, Nintendo's mobile sales surged 450 percent on the back of Super Mario Run and Fire Emblem Heroes, prompting the company to promise future titles as part of a burgeoning smartphone and tablet initiative.