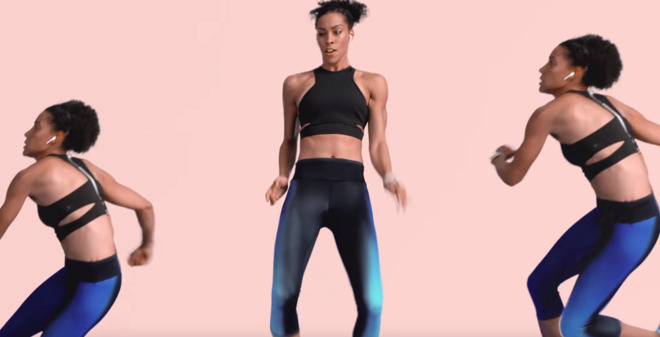 The 14-second spots are part of a series called "The Gift of Go," each ending with someone unwrapping an Apple Watch. The video titled "Swim" showcases the device's waterproofing and swim tracking, while "Workout" has someone streaming Apple Music radio on the wearable, a new feature for 2017.

Apple has increasingly bent the Watch's features and marketing towards health and fitness. Though LTE is the core upgrade on the Series 3, it now also includes a barometric altimeter and features like GymKit pairing and more default workout types thanks to watchOS 4.
Sign In or Register to comment.