New Apple AirPods with smaller components could launch in late 2018

AppleInsider
Posted: December 19, 2017 1:20PM
in General Discussion edited June 2020
Even though Apple struggles to keep up with demand for the current AirPods design, the company may be working on hardware improvements to debut in the second half of 2018, according to well-connected analyst Ming-Chi Kuo. 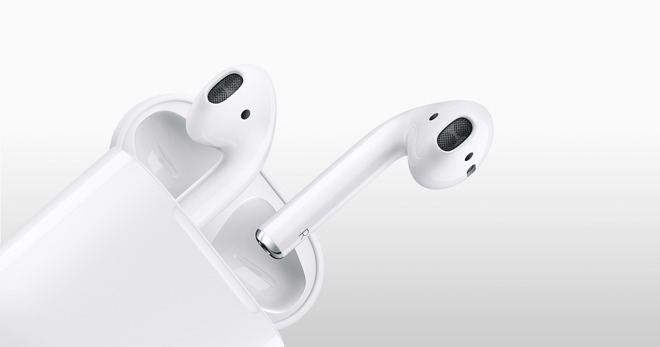 KGI Securities' Ming-Chi Kuo issued a pair of notes to investors on Tuesday, copies of which were obtained by AppleInsider, discussing the availability of AirPods at the moment, as well as the potential for new hardware next year. Specifically, he predicts that upgraded AirPods are on tap for the second half of 2018, which he said could have a higher average selling price, and a smaller quartz component from supplier TXC.

Little else was said about the possible AirPods update, suggesting that any potential improvements to the current design would not be major.

Launched in late 2016, Apple's AirPods remain a hot seller, and the company struggles to keep up with demand. With six days to go before Christmas, new AirPods orders won't ship until after the holiday, meaning last-minute gift buyers are out of luck.

Kuo acknowledged these issues in his notes on Tuesday, saying that Apple is "struggling to keep up with holiday season demand." In particular, he believes that battery radio frequency printed circuit boards are a key bottleneck for the completely wireless headphones.

He expects supply to improve heading into 2018, allowing AirPods shipments to grow 100 percent year over year to 28 million units. In a previous research note, Kuo declared AirPods "the most important accessory in Apple's wireless ecosystem." 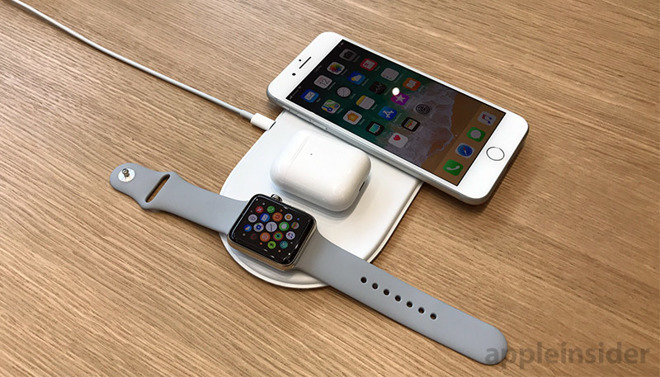 AirPods shipped in late 2016, but Apple has struggled to keep up with demand for much of their availability. Despite the Christmas shortage, availability has improved in recent months, with an improved assembly process and increased capacity from adding a second manufacturer.

While Inventec used to be the sole supplier of AirPods, Luxshare-ICT has reportedly joined the mix recently. As a result, he sees Luxshare-ICT potentially edging its way into Apple's HomePod supply chain as well.

The $159 AirPods include Apple's custom W1 wireless chip, which allows easy pairing across a range of devices signed into the same iCloud account. The accessory is expected to soon be enhanced by a wireless charging case that will be compatible with Apple's AirPower charging mat.
«12»