AppleInsider
Posted: March 25, 2018 3:29AM
in Current Mac Hardware edited September 2019
In a newly-published interview, former Apple sound designer Jim Reekes discusses the history of the sound cues he created for the company's devices, such as the famous Mac "beep" and startup chords, and the camera shutter used on devices like the iPhone. 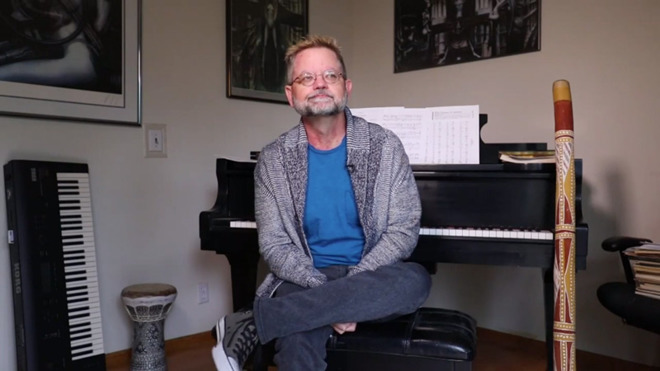 The "Sosumi" beep originally started out under the name "Xylophone," but a lawsuit from The Beatles' Apple record label forced the similarly-named computer company to rename any sound effect with a musical-sounding name, Jim Reekes explained to CNBC.

"I actually said I'm gonna call it 'let it beep' and of course you can't do anything like that, but I thought yeah, 'so sue me.' And then I thought that's actually the right name," Reekes said. "I'll just have to spell it funny, so I spelled it Sosumi."

The designer lied to Apple's lawyers, claiming it was a Japanese word with no musical implications. "It was really me making fun of lawyers," according to Reekes.

As for the best-known Mac startup sound, it was originally a sharper tone that would play often because of the computer's tendency to crash at the time. Reekes decided that the machine needed a "palette cleanser" as a result, and recorded a C-major chord on a synthesizer at home, inspired by the end of the Beatles song "A Day in the Life."

Reekes didn't have permission to change the sound, but happened to know the people in charge of the right ROMs, and asked them to insert his sound late into development so that it wouldn't be caught. The result shipped with the first Quadra.

When some engineers became unhappy with the switch, he made up an excuse.

"Our excuse was it's too risky to take it back out at this point because something could crash," he joked. "We just made up some bulls---." The sound is no longer present on Macs, but was trademarked by Apple.

"Any time you take a photo with the iPhone it's my camera, which kind of freaks me out because, even to this day when I hear people take photos with their iPhone I look to see who stole my camera," he commented.

Despite being closely linked with Apple history, Reekes is not as rich as some other Apple luminaries, having left the company in the late 1990s while abandoning "tens of thousands of Apple options that would have made me probably $8 million today if I had kept them."