AppleInsider
Posted: August 7, 2018 10:15PM
in General Discussion
Apple on Tuesday uploaded a new Apple Pay-centric ad to its official YouTube channel, showing a conversation between two people squabbling over who gets to pay for dinner.

The ad starts with one person saying dinner is on them, and sending over $55 through Apple Pay Cash to their friend. The second person replies back that no, they've got it and shoots the $55 right back over. The pair then proceed to continuously send money back and forth as the ad speeds up and fades to a black screen that reads "Just text them the money." The "Apple Pay in Messages" tagline appears.

As with previous commercials in the series, today's spot is predominantly silent, the only noise being the sound of iMessages being sent. 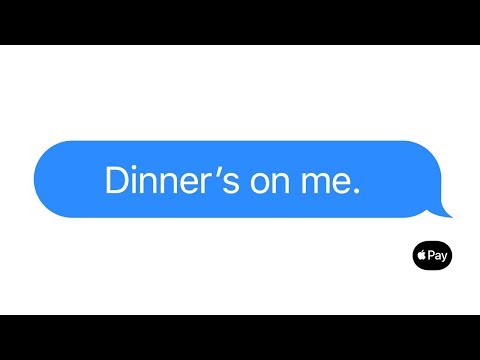 Later this year, Apple Pay will be expanding to Germany, as well as CVS and 7-11 in the U.S..