The surprisingly long history of the Apple AirPods

Quick story. When researching our piece on getting the most out of AirPods, we had a little incident. Late at night, we clicked on our Apple TV to play Regina Spektor Essentials from Apple Music and it was so loud that we panicked we were going to wake the neighbors.

Only there was no possibility that our neighbors would hear a single note because we were wearing the AirPods.

They were so clear, so loud and most importantly so light that we forgot we had them in our ears. The music was just in the air, it was just around us.

You can tell us that AirPods are not the best for audiophiles but in that moment as in so very many others, the technology vanished and there was just the music. Coincidentally, the first track on that Essentials playlist is called Fidelity.

Given that we always thought the wired EarPods were okay, we're surprised just how much we adore AirPods. In theory they are simply the EarPods without wires yet along the way, they've become so much more than that.

What also surprised us was how just long that road from idea to our ears really was.

AirPods went on sale in December 2016 but the first mention of them is five years before in 2011. Seriously.

On March 29, 2011, Jorge S Fino filed for a patent for EarPod-like headphones that could work with or without wires. The patent wasn't published until October 3, 2012, but then we could read that it specified that "when the listening device is detached from the corded portion, a wireless signal that includes the audio signal is transmitted from the second part of the corded portion for reception at the first part of the listening device."

"Broadly speaking, the embodiments described herein relate to a media apparatus that can be used in conjunction with a host device to provide an end user a pleasurable listening experience especially during periods of physical activity."

Fino is listed on many patents credited to Apple such as ones to do with docking and touch interfaces.

This one, called a Detachable Wireless Listening Device, came with illustrations.

Notice the break in the wire just below her chin. It's a connector showing a wired headphone cable that has been disconnected. At this point the focus seems clearly on creating a listening device that doesn't get interrupted by problems with the connection. It doesn't seem to be aiming at making a wireless-only solution.

Nor would it because such technology requires Bluetooth and Steve Jobs wasn't a fan. Or at least he wasn't in 2005 when reportedly he told press in Paris that: "There are quality issues - the bandwidth isn't high enough, and even if it does get there some day, people don't want to recharge their headphones."

That quality issue was arguable even in 2005 so by 2011 it was practically a non-issue. The business about recharging your headphones remains. Still, we're now all so trained to recharge everything every day that even as we sink when our AirPods play that dismal low-power sound, we accept it.

We don't know whether that 2011/12 patent means Apple was continually working on the idea from then on. However, the company certainly invested in both music and headphone technology: in 2014 it bought Beats.

At the time, it was considered a surprising move by the company and especially so because Apple paid $3 billon for it. That worked out to $500 million for the predominantly headphones-based business Beats Electronics and the rest for Beats Music, a subscription service.

In 2015 that was subsumed into the then-new Apple Music but Beats Electronics has continued as a separate company. While it's owned by Apple and it's impossible to imagine that there wasn't a lot of Beats input into the AirPods, strictly speaking we don't know. You can buy wireless earphones from Beats even today.

Still, Apple announced it was buying Beats in March 2014 and it officially closed the deal in August that year.

In June 2015, Apple Music began -- and Apple had already begun to file for a trademark on the name AirPods. On March 25 that year, Apple started the process and it was formally registered on August 22, 2015. By September the trademark had been granted.

Strictly speaking, the trademark was filed by a company called Entertainment in Flight LLC, based in Wilmington, Delaware. It was suspected by press, including AppleInsider, that this was a shell company created by Apple. The idea was that this way Apple could get its necessary trademark without effectively announcing a product before it wanted to.

The suspicion was correct but if you ever want proof, check out that trademark filing today. Entertainment in Flight is no longer listed: it's been replaced by Apple, Inc.

So by September 2015 we had the name AirPods and we had that prior patent about wireless headphones. There was just one more thing.

Apple pulled the plug on the iPhone headphone jack with the launch of the iPhone 7 on September 7, 2016. It was controversial but it wasn't a surprise: there had been rumors for at least two months beforehand. 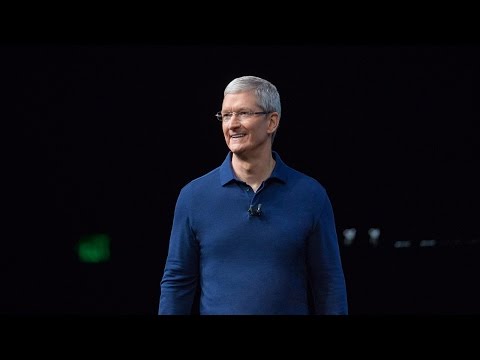 This was the Apple presentation where Phil Schiller described removing this jack as "courageous". He's since been mocked for that but if he were wrong to say it, he was right that this was Apple again making a decision it knew would be deeply unpopular. It was the company making a choice to abandon technology in favor of what it believes are clear benefits.

Going in to this presentation, we expected that the headphone jack would vanish. It wasn't a big leap, then, to expect that AirPods would be launched too but surely it was a surprise just how complex the technology was.

It may have been love at first sight for us and it is impossible to not be impressed with the startling complexity behind such a simple product. However, it was also impossible not to wonder about these AirPods falling out of your ears -- or about losing them altogether.

In the UK, The Guardian newspaper summed up the criticism in a piece called Earth to Apple: wireless AirPod headphones are like a tampon without a string.

This wasn't the first time an Apple device had been compared to the same sanitary product. In 2010, FastCompany's Alissa Walker wrote: "Apple's iPad name not the first choice for women. Period."

We're so used to it now that the word iPad no longer conjures up Maxi-Pad-like connotations but it was a fair criticism and a good point. The fact that the AirPods lack a string is much less so.

Even though Apple's 2011/12 original patent filings showed a earphones with optional wires, still the idea of making a wireless headphone and then putting a wire back in was nonsense.

More was made of the cost of the AirPods: they launched at $159. Compared to the $29 of Apple's EarPods, that's a huge amount. Yet compared to other wireless headphones, it wasn't then -- and it still isn't. Now in 2018 when other manufacturers have released similar wireless earphones we have ones such as Bose's SoundSport which costs $199.

AirPods were announced at the September 7, 2016 event and were meant to ship the following month. Ultimately they didn't reach either Apple's online or retail stores until late December that year.

Daniel Eran Dilger was among the first to use them and his review for AppleInsider is rapturous.

"More than just wireless earbuds," he wrote, "Apple's tightly integrated AirPods expand the company's sophistication and lead in wearables, with a practical, powerful pair of tiny technology "pods" that bring a new joy to music listening on a level reminiscent of the original iPod."

The issue of whether they'll fall out of your ears does continue. However, it is remarkable how well they fit most people and startling how difficult it is to dislodge them by accident.

The issue of whether you'll lose them has been addressed, though, at least a little.

There have been no hardware updates to the AirPods since launch but there have been two firmware ones in February 2017 and March that same year.

Alongside refinements, these added the ability to utilise Find My iPhone. "If you already set up Find My Phone with an iPhone, iPad or iPod touch that you're using with your AirPods, it's automatically enabled for your AirPods too," says Apple.

There are rumors that a second generation of the Apple AirPods is in development for possible release in 2019.

Before that, we would have expected to see a redesign of the charging case that AirPods come in. Apple specifically said there would be a wireless charging version but that was to be introduced with the AirPower charging pad.

While that was also announced at the September 2017 event, it was only promised for some time in 2018.

AirPods may be the archetypal Apple product, though. Right now you couldn't wrestle our AirPods from our hands -- but we love them so much that whenever AirPods 2 come out, we'll abandon these and buy the new ones instantly.

In the meantime, please excuse us: Apple Music has just updated our New Music Mix.