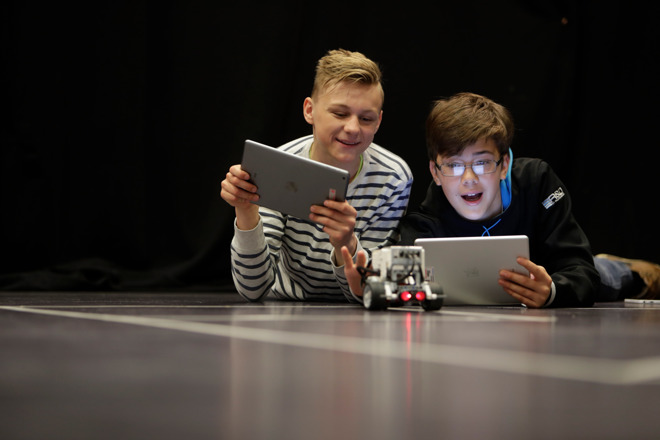 The company will offer "at least one free session every day" at each store. Some workshops will include "How To: Get Started with Coding," "Teacher Tuesdays: App Design & Coding Basics," and "Kids Hour: Sphero Maze Challenge."

The company has additionally developed new challenges for Swift Playgrounds, Xcode, and its App Development with Swift curriculum taught at colleges and other schools. The last now has an academic certification meant to gauge a person's skills after completion.

People looking to register for one of the workshops can browse codeweek.eu/events, or the Today at Apple listings for their local shop.

Apple management has been eager to promote coding lessons, but primarily for Swift, its self-developed language. While it does have some usage elsewhere, Swift is primarily built for macOS, iOS, watchOS, and tvOS. The company has moved to put Swift courses in a number of schools in the U.S. and abroad.