AppleInsider
Posted: November 29, 2018 7:36PM
in General Discussion edited December 2018
Being a new parent is stressful, especially for the first three months or so. AppleInsider has rounded up the best holiday gifts for the new parents on your shopping list to make their lives a little easier, with options for any budget. 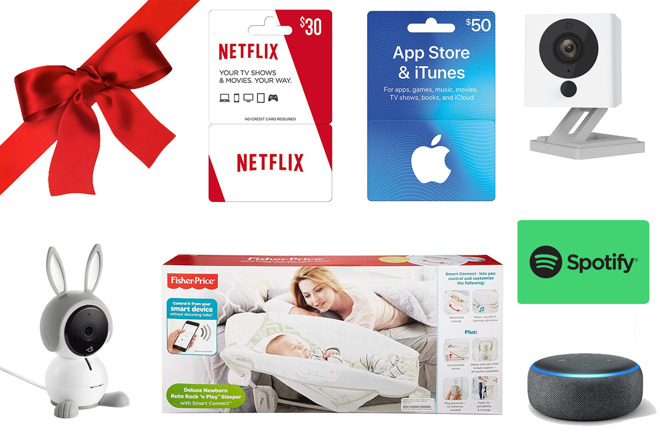 One of the first things any parent needs is a baby monitor, since infants wake up repeatedly during the night, and during the day it's impossible to get things done if you can't step away during (or for!) a nap. iPhone/iPad-connected security cameras can be great for this, but wiring up a home can get very expensive if you opt for brands like Nest, Ring, or Logitech. 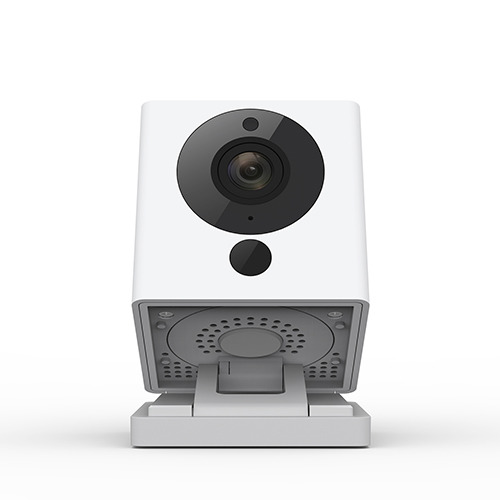 Enter the WyzeCam. The standard model is just $25.98 shipped, yet it offers 1080p resolution, night vision, Alexa support, two-way audio, and even free 14-day cloud storage of 12-second event videos. You can do continuous local recording with a microSD card.

You do make sacrifices of course. There's no HomeKit support, and you won't get perks like motion zones or person/pet detection. You'll also be missing baby-specific features like crying detection or background audio, but for $26, that's easy to overlook.

If you're willing to pay $37.98 shipped you can get the WyzeCam Pan, which spins vertically and horizontally, whether on a "patrol" route or to follow detected motion. 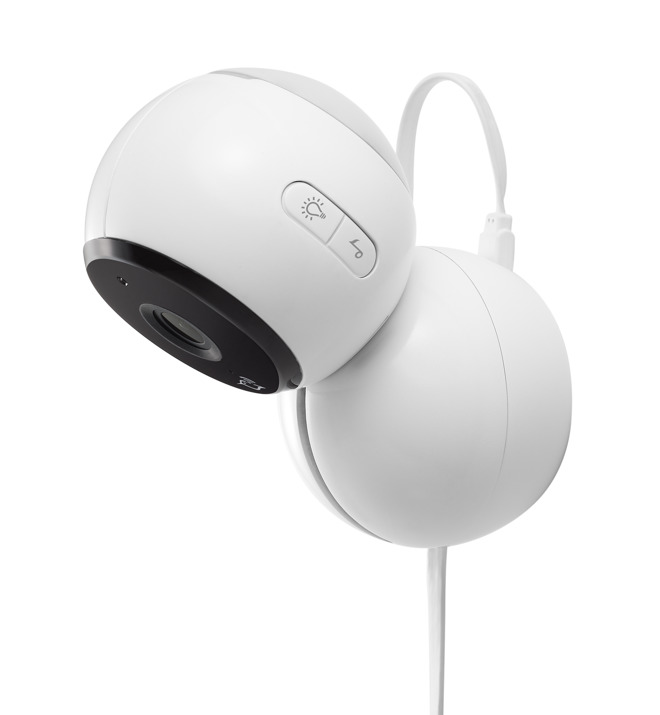 If you can afford it, the best camera for a crib is probably the Arlo Baby ($199.99). This one does support HomeKit, crying notifications, and background audio, but goes further still. It adds a music player and multi-color nightlight, both of which have physical buttons as well as in-app controls. Air sensors detect unwanted conditions, and a rechargeable battery means you can temporarily unplug and relocate the camera for a few hours.

There are a range of parental uses for an Echo. You can play bedtime music, use it as an intercom, or control smarthome accessories while your hands are full. 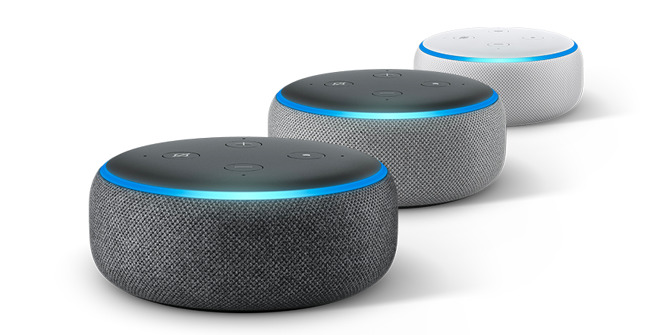 For most people, the best choice is probably the third-generation Echo Dot. It sounds decent and it's just $49.99, making it (relatively) affordable to blanket a household. You can connect it to external speakers via Bluetooth or 3.5mm if you want better audio. 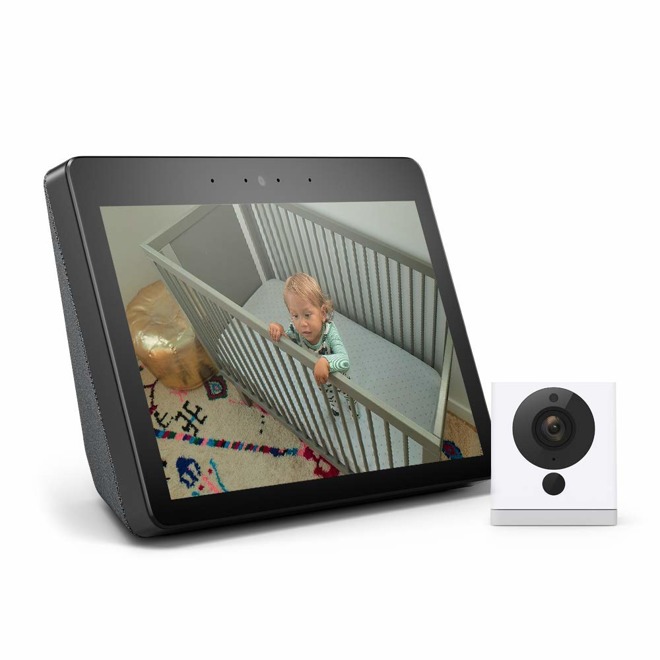 If you like the idea of a dedicated video monitor for your baby you can get the Echo Show ($229.99), which has a 10.1-inch touchscreen and streams from Alexa-enabled cameras. In fact you can get a $234.99 special bundle that includes a WyzeCam.

Spotify or Apple Music -- the one you pick is a matter of preference, but as a parent there are times that absolutely demand a certain song or album to keep a kid happy. We'd recommend going with the services' family plans, which each cost $14.99 per month. That way you can create a dedicated account for your child, and your own recommendations won't be sabotaged by constantly playing "Elmo's Song" or "Bananaphone." 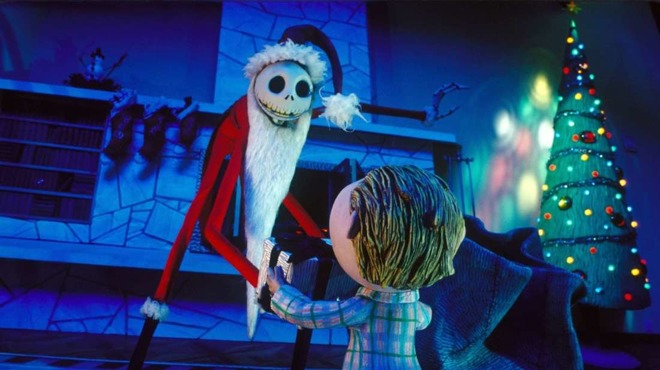 Many parents start out vowing that they won't park their kids in front of a TV, only to find it's a miracle for keeping kids entertained while you get things done. You probably already have a Netflix subscription, but make sure you have at least a Standard ($10.99) or Premium ($13.99) plan if you want to watch something on a second screen. You can create custom profiles so watchlists and viewing histories don't mix. 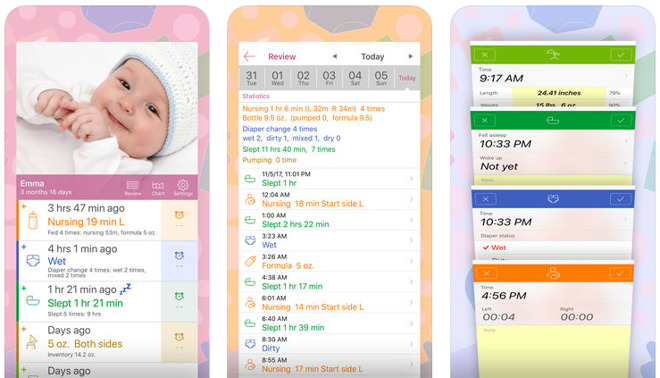 Baby Tracker Pro ($4.99) is actually an iOS/Apple Watch app, but a downright lifesaver in the first few months, when it's absolutely essential to keep track of nursing, bottles, medicine, and diaper changes. You can also record data like milestones and vaccinations, but the best part may be its sync functions, since multiple people and devices can share the same account -- both Mom and Dad will know about that 2 a.m. bottle. 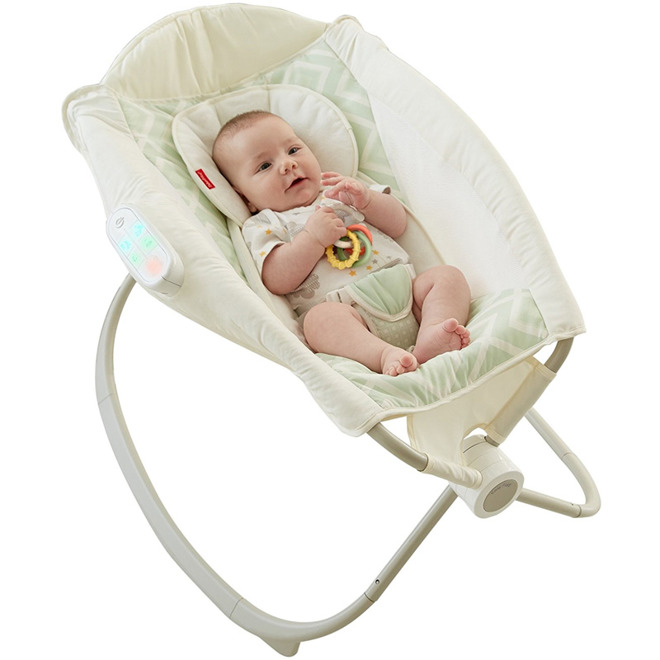 The Deluxe Auto Rock 'n Play Sleeper with SmartConnect ($59.84) doubles as both a bed and a seat, designed to keep babies 6 months or younger on their back while lulling them to sleep with rocking, music, and/or sound effects. You can use physical buttons or an iPhone/iPad app, the latter of which enables custom presets and timers.
Sign In or Register to comment.