AppleInsider
Posted: December 27, 2018 7:38PM
in AAPL Investors edited December 2018
A new report is calling Apple's stock buyback program, which amounted to $62.9 billion in the first half of 2018, a bad investment, while ignoring the actual impact of what happens when a company retires shares. 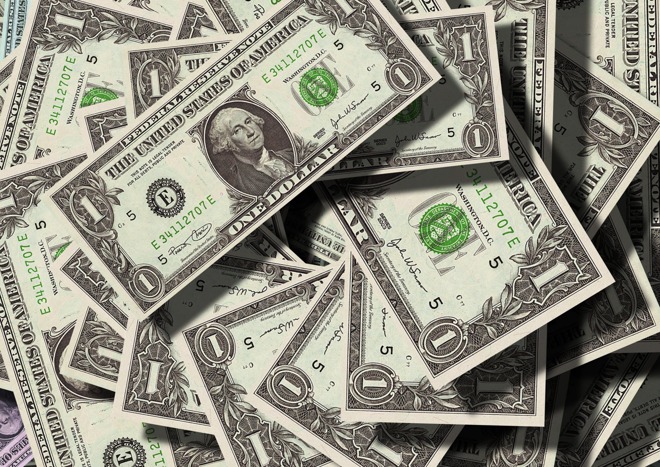 Pile of US currency

A new report by the Wall Street Journal highlights the money that companies have spent on stock buyback programs after a tax break by the federal government, and uses Apple as an example. Noting that the $62.9 billion that Apple spent repurchasing its own shares is now "worth" just $54 billion had the stock been retained, the publication claims that the figure represents a loss of $9 billion had they purchased the shares at today's market price of $151.

The report spends very little time noting that those repurchased shares were retired, however, and no longer have any direct monetary value. The retirement boosts the earnings per share metric that the company must report every quarter.

Apple has repurchased shares across all of 2018, paying as high as $222 a share. Any company that spends that amount of funds on rebuying their own stock will occasionally have time in the red. Repurchasing has other benefits to the company, such as reducing the number outstanding shares and buoying the dividend value per share paid to investors.

Many U.S. companies including Apple have been buying back stocks at a fever pace this year after the passage of the Tax Cuts and Jobs Act in December 2017 which dropped the corporate tax rate from 35 percent to 21 percent, also allowing Apple and most of the rest of the Fortune 500 companies in the U.S. to repatriate large sums of offshore cash.
«12345678»