The most futuristic products from the 2019 CES, and the old TV shows that may have inspire...

AppleInsider
Posted: January 11, 2019 1:43PM
in General Discussion edited January 2019
It was eerie. So many of the new devices shown at the 2019 Consumer Electronics Show were really previewed years ago on American television shows. From flying motorcycles to Cylons, AppleInsider picks out products from the future that we've been waiting for. 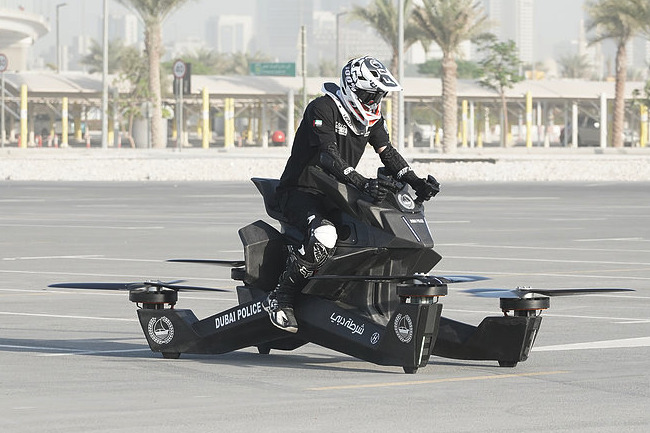 The future came to Las Vegas with the 2019 Consumer Electronics Show, but you know what they say -- what happens in Vegas stays in Vegas. Year after year, CES shows off new technology products that the rest of us will simply never see, let alone be able to buy. That doesn't mean that the technology isn't interesting or that it won't end up as part of products we do eventually come to rely on. It doesn't mean that there were no exciting products, either. It just means that perhaps you should let your breath out.

And maybe also cast your mind back a while. For many of CES 2019's biggest announcements look strangely familiar if you grew up watching the best and possibly worst of 1980s American television.

One CES 2019 product that has already become real and on sale, at least in some form, is the Hoversurf Hoverbike. It's a motorcycle that flies. Reportedly the Dubai Police force has already got one -- but probably just the one. Nonetheless, the company has demonstrated that it works and is a 253-pound, single-seater bike that flies at 16 feet above the ground and reaches 60mph.

If you should happen to be a criminal mastermind working in Dubai, though, do factor in that the police bike can only fly for between 10 and 25 minutes. Even though neither time is exactly long, that's still a very wide variation and the company says it's dependent on the weight of the pilot and also local weather conditions.

It's taken nearly forty years to arrive, but we have seen this before back on ABC's Galactica 1980. 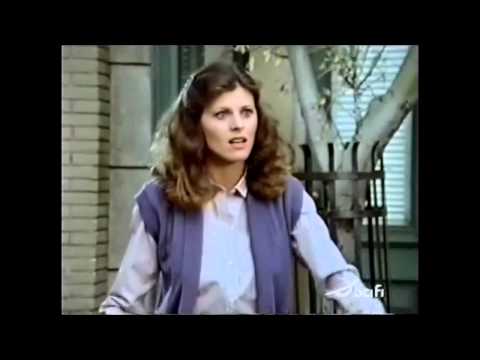 Whereas the biggest, boldest, baddest flying vehicle in the whole of CES surely owes a debt to CBS's Airwolf. That fictional helicopter came with nuclear missiles and Jan-Michael Vincent and neither is even an optional extra on the Bell Nexus flying taxi.

Yet you would be forgiven for seeing Airwolf in this because it's made by the same company. Airwolf was a (slightly more bullet-proof) Bell 222 helicopter and 35 years later, the company is looking to make more personal flying machines.

"As space at the ground level becomes limited, we must solve transportation challenges in the vertical dimension," said Mitch Snyder, president and CEO of Bell. "We believe the design, taken with our strategic approach to build this infrastructure, will lead to the successful deployment of the Bell Nexus to the world." 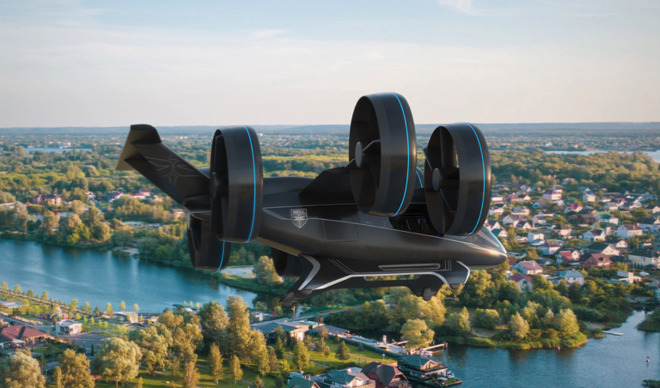 The four giant fans run parallel to the ground in order to give vertical takeoff and then rotate to provide forward thrust. This is where you wonder about the practicalities of flying cars. The cabin holds the same four or five people of a similar-sized helicopter but the wingspan, if that's even still the right term, makes it doubtful you'll land one in your yard.

Still, in the future we may not drive or fly anything ourselves. And if there was another theme to vehicles at CES 2019 it was another ABC show, Street Hawk, and now BMW's super motorcycle. 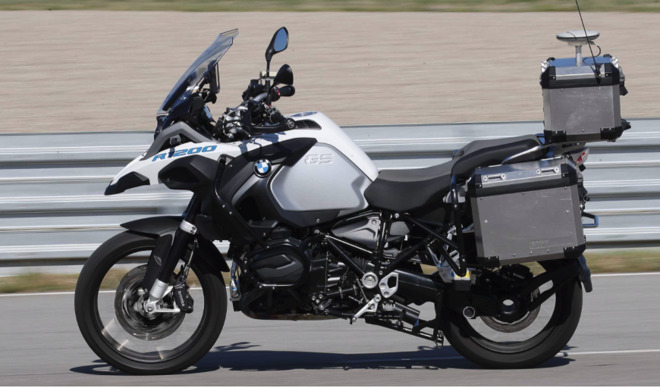 It's not as fast as Street Hawk and it doesn't add as many features but it does take a significant one away. The BMW R 1200 GS doesn't need a rider. It can take turns, navigate a test track and slow itself to a stop even before it runs out of fuel and needs help filling up.

If in 2019 you want to actually ride a motorcycle, you can compromise by pre-ordering a Jarvish XAR helmet. Shown at CES during its crowdfunding phase -- it's quickly exceeded its goal -- and estimated to deliver in September 2019, this is a virtual reality helmet. Not one that shows you a virtual bike experience but rather one that acts as extra information when you're really riding.

The helmet contains cameras so that the visor can have a heads-up display that shows you a view of what's behind you. The visor can also show the rider navigation instructions and if that doesn't sell it to you, perhaps the fact that Amazon Alexa is built in will. 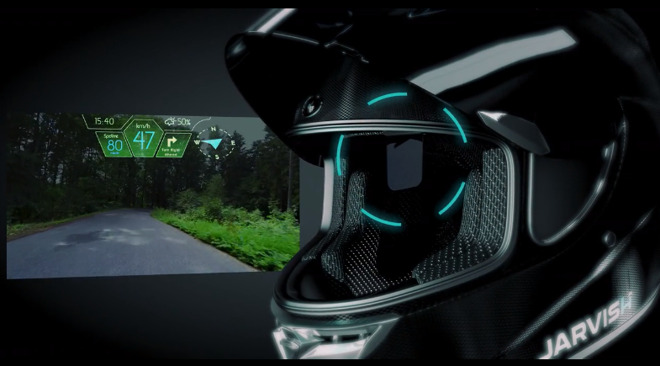 The Jarvish XAR helmet is expected to cost between $500 and $1,000 depending on configuration. You can see more details on the helmet's Kickstarter page.

That helmet may only be in crowdsourced pre-production but it looks useful. There were many futuristic products at CES 2019 that were. Such as bra retailer Soma's SomaInnofit which is already on sale. For $59, you get a kind of measuring outfit that, along with the accompanying iOS app, tells you what the correct size bra is for you.

Then there were also products that actually we've seen before in some form but now look like they are actually coming to market.

This bathroom mirror uses gestures so that you're not trying to stab at buttons with soapy fingers, though it's not clear yet whether it will stay, well, clear, when you're running that hot shower behind you. It is plain that the mirror will cost $20,000, however, but you've got until the second half of 2019 to save up.

There have been projects before that made similar mirrors using Raspberry PI hardware for the graphics but then there's also been The Truman Show.

Samsung, Sony and the rest can unveil 8K television sets all they like, but nothing beats the big screen in the bathroom where you're the star of the show.

When you're ready to go out, maybe you're actually ready for a long trip with a medium-sized carry-on suitcase or two. 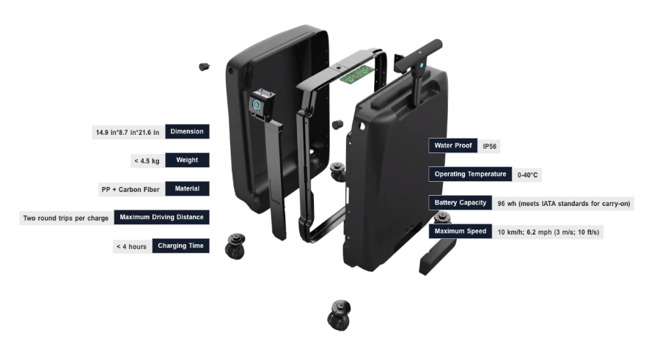 That's an exploded view. It isn't what's going to happen when you walk into an airport and TSA spots that your case is packed with electronics and moving around the terminal by itself.

Two companies demonstrated similar cases that both trundle along beside you on your travels. ForwardX showed off the Ovis case which is another product which exceeded its crowdfunding goals. It will probably retail for around $800-$900. And Rover Speed shows its own equivalent which also went through crowdfunding but is now available on Amazon for $480.

Both suitcases will glom on and follow you around like a puppy, or at least until you realise you forgot to charge up its battery.

If you have an actual, real-life puppy then you were covered at CES 2019 by Inubox and its fully automated dog toilet. 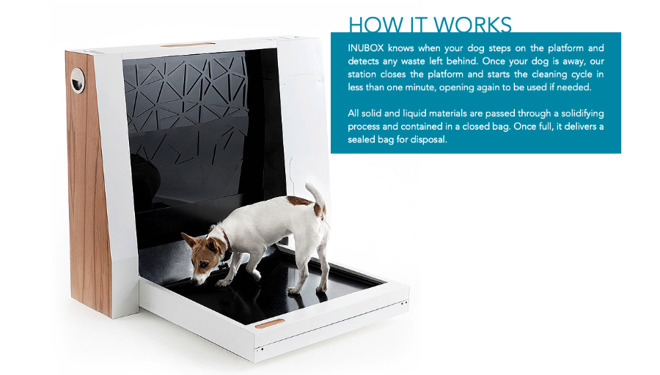 We're as wary as the dog is

You can get more details on the official site and see pictures of cute dogs looking perplexed, but unfortunately, you can't order one yet. The company says it is soon going to be crowdfunding.

While you wait for the fully automated dog toilet, you can at least buy a fully automated dog. Sony unveiled its "First Litter Edition" of Aibo, a robot dog. And it's a lot more nimble, realistic and entertaining than K9 from the 1970s version of Doctor Who. 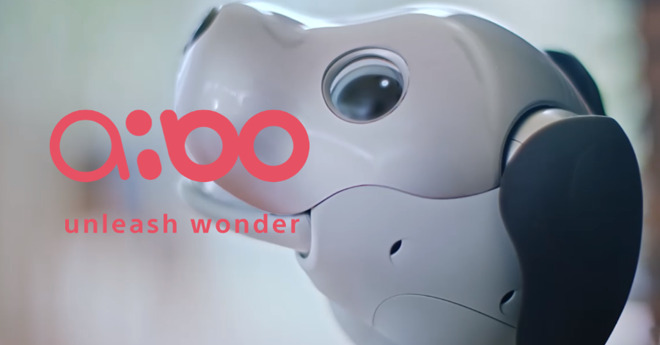 It's available to you right now for a mere $2,899.99 -- except for customers in the state of Illinois. The 2008 Illinois Biometric Information Privacy Act means that it might be illegal for this Aibo to do what it does. The dog recognizes faces and reacts to them differently. According to the act, Sony would need the informed, written consent of each person.

Maybe you could instead buy yourself a robot that looks more like a surprised member of the Teletubbies.

Tell us this isn't a Tellytubby. (Source: Groove X)

The Groove X Lovot goes by the slogan "It isn't alive, but it is heart-warming" and, again, it's only available on pre-order.

On the surface of it, the Lovot looks like a cuddly toy yet in action, both it and Sony's puppy, are much more. If they looked like humans they'd be in the uncanny valley where you know they're fake but they look so real that it's disturbing.

Speaking of which, Ubtech unveiled its Walker, a person-sized robot from the same company that sells Star Wars Stormtrooper ones. It's not clear yet how much the Walker will cost, but if it gets any more like the Cylons that destroyed the human race in either iteration of Battlestar Galactica that you prefer then we may pay dearly.

It's not going to come as a surprise to AppleInsider readers that just because a product has a booth at CES, that has no bearing on if the product will actually ship or not. So, like every other, CES 2019 was replete with new technology that might or might not hit the shelves, ever, like the space-going future we were promised by Jules Verne, Disney animation since the '50s, and doubled down upon with '70s sci-fi.

As always, beyond the practical like expanded HomeKit support from myriad vendors, CES was full of devices and features straight out of the future. Some of it was also, perhaps, an unwitting example of what's called Chindogu.

This is a Japanese term and now also a thriving worldwide community of people who celebrate technology that is almost yet not quite useless. The podcast 99% Invisible featured this recently and you can also visit the official online home of the International Chindogu Society.

Maybe they should have a stand at the 2020 Consumer Electronics Show.