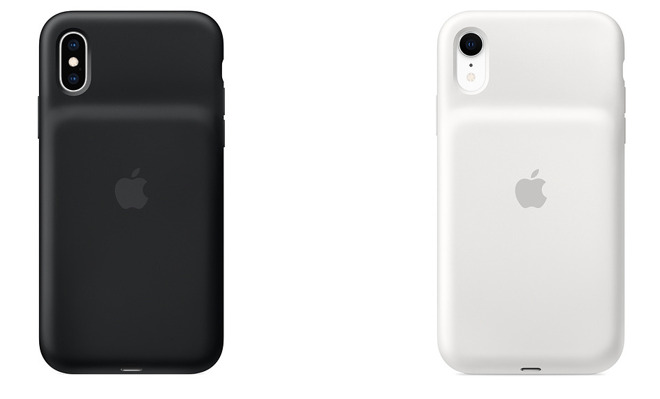 The cases are compatible with Qi wireless chargers, which can charge an iPhone simultaneously. Alternately they can be fueled by Lightning-to-USB cables, with USB-C enabling fast charging.

All three cases cost $129 and come only in black or white, even though the iPhone XR ships in six different colors.

Apple skipped first-party battery cases for 2017 iPhones, despite having produced earlier ones for the iPhone 6, 6s, and 7.

The only design changes for the new products appear to be a relocated battery hump and a vertical camera cutout.

Hints that Apple was returning to the field first emerged in early December, thanks to an icon in watchOS 5.1.2 and a leaked image. By late December a merchandising guide all but confirmed intentions.
«12»