AppleInsider
Posted: January 17, 2019 5:08PM
in iOS
Photographers who are irritated about missing the perfect shot because it took too long to access their iPhone's camera could benefit from one potential feature Apple has considered, where the iPhone automatically enters the camera application when raised for a shot, even if it is still locked. 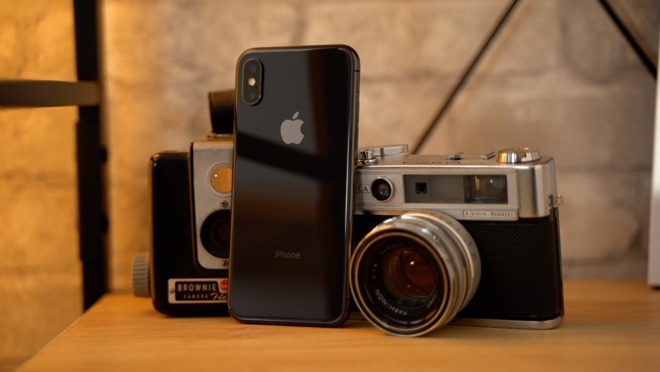 Achieving the perfect shot is sometimes quite tricky to pull off, especially if it's an event or a situation that lasts a few seconds and takes place suddenly. The seconds it takes to unlock an iPhone and access the camera can be all it takes to miss the perfect opportunity.

Apple has added the ability to access the camera app from the lock screen directly, saving users from having to waste time unlocking beforehand, but even the brief period for this process could take too long, or simply flummox some users.

A patent application published by the U.S. Patent and Trademark Office on Thursday describes an "Apparatus and method for automatically activating a camera application based on detecting an intent to capture a photograph or a video." In short, it is about raising a device like an iPhone into a position where it would normally take a photograph, and based on a number of cues, the camera app can automatically appear onscreen ready for use.

In its basic form, Apple suggests the mobile device can be lifted up into a stationary portrait or landscape position for a predetermined minimum period of time, as detected by onboard accelerometers. A second proximity-based sensor on the back is used to detect if there is a subject in frame or nearby that the user may wish to photograph.

If the iPhone is in position and a subject is detected as within range, this can trigger the camera app and a live view for previewing the shot, and options to take photographs or a video. 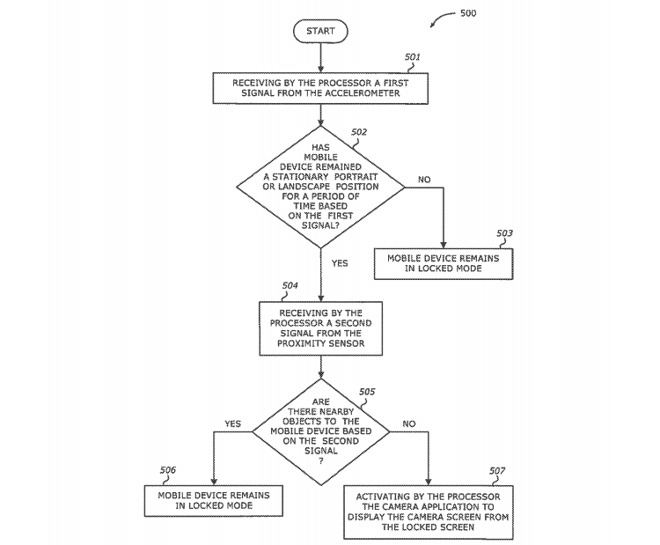 While there is a limited number of states where the camera app will fire up, any one of a number of elements could prevent it from working. For example, if the user isn't holding the iPhone properly in portrait or landscape orientations, is at an angle instead of being roughly vertical, or if there isn't a subject detected for the shot.

Regardless of whether or not the camera app is used, the patent application stresses that the iPhone will remain in its locked state, and will not provide access to previously taken photographs or videos, in a bid to protect a user's privacy. This is similar to the current way the camera app works when triggered from the lock screen, with the camera roll being inaccessible until the user unlocks the device.

Apple registers a number of patent applications with the USPTO on a weekly basis, and while they can be taken as a guide for where Apple has worked in the past or is a current focus, it is not a guarantee that depicted functions and concepts will make their way into consumer products and services.

For the above, it is plausible for Apple to include such a function as an extension to its existing locked-camera feature. While iPhones do not include a proximity sensor on the rear, it is possible that the rear camera sensors could be used to perform a similar feat, simply by turning them on and using algorithms to detect for a subject. 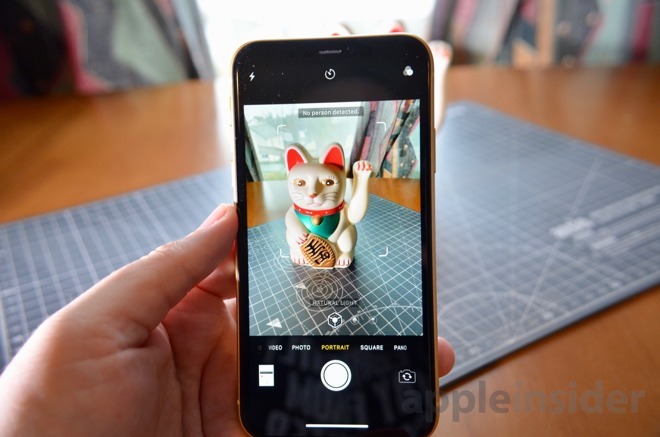 For example, the iPhone XR's single camera on the rear uses computational means to determine the presence of a human subject for the Portrait mode, and to apply the visual effects. It's possible something similar could be used for an automatically-opening camera app, albeit an option that may waste power compared to a normal proximity sensor.

There have been rumors Apple will have a third lens on the back of its 2019 iPhones, with one potentially using a Time-of-Flight style system to perform depth mapping of an area, which would help with the subject acquisition element. Arguably the same subject detection could be performed for self portrait shots, as the iPhone X, iPhone XS, and iPhone XR all have front-facing TrueDepth camera arrays, making it plausible for selfie shots on current devices.