AppleInsider
Posted: January 25, 2019 4:21AM
in General Discussion edited January 2019
In commemoration of Chinese New Year, which falls on Feb. 5, Apple on Thursday posted to its YouTube channel a special "Shot on iPhone" short film created by renowned director and screenwriter Jia Zhangke. 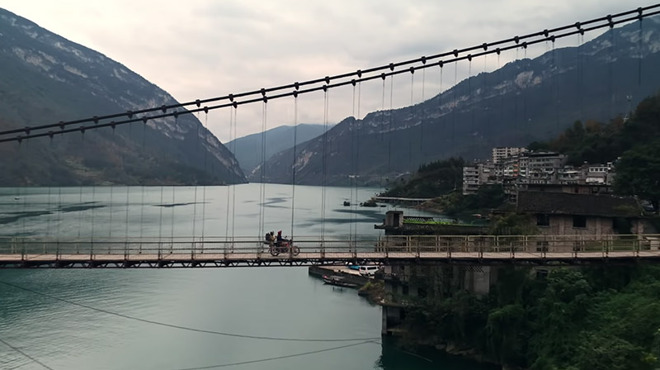 Apple's film "The Bucket" was shot on iPhone XS by Jia Zhangke.

Titled "The Bucket," Jia's film uses footage pulled from iPhone XS to tell the tale of a son traveling from his rural hometown to an apartment in the city, riding on bikes, ferries and buses while carrying precious cargo from his mother.

"What gifts would your parents prepare when your Chinese New Year visit comes to an end?" Apple asks in the video's description.

Like last year's film, "Three Minutes," the short by Jia highlights the close family bonds and familial responsibilities that stand at the center of Chinese culture.

"Besides dialogue or narration, the best way to tell a cinematic story is through movement," Jia says. "Love feels deeper when it's silent. When time slows, the feeling of love lasts longer."

A second video spotlights Depth Control, an iPhone XS capability that allows users to dynamically adjust perceived depth in a photo or video in real-time using the built-in Camera app. The feature rolled out for iPhone XS alongside iOS 12.1 last October.

The film debuts amid an iPhone sales slowdown in China that forced Apple to revise down guidance for its first fiscal quarter of 2019. To stoke demand, Apple recently slashed reseller pricing for iPhone XR units sold in the region. The iPhone XR, with its mix of advanced features and a relatively affordable price point, was expected by many to account for a bulk of 2018 model year sales.