AppleInsider
Posted: January 29, 2019 3:21AM
in General Discussion edited February 2019
Apple has informed entertainment companies partnering on an as-yet-unannounced video streaming service to ready their respective content by mid-April, suggesting a product launch will soon follow, according to a report on Monday. 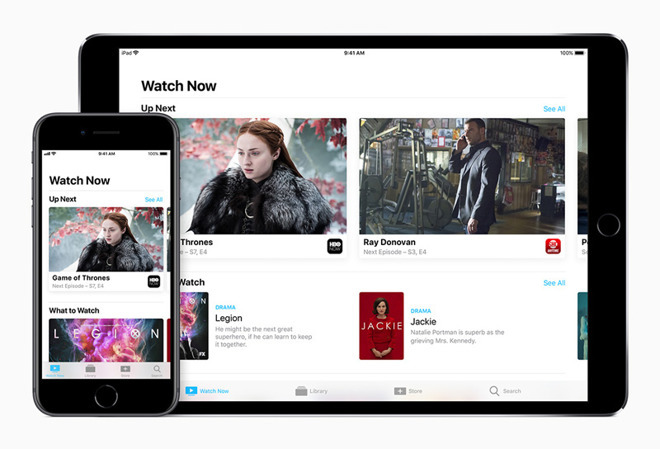 Citing sources familiar with the matter, The Information reports Apple is in the process of preparing content partners for the scheduled debut of a highly rumored streaming service.

While an exact launch date is unknown, Apple has reportedly told companies tapped to air shows on the unannounced service to ready their offerings by mid-April. A formal launch is expected "within several weeks" of the mid-April deadline, the report said.

The timeline is consistent with previous rumors that pegged Apple to unveil its streaming product in early 2019.

According to a report in November, Apple intends to release a slate of original movies, TV shows and other media through the TV app that comes pre-installed on iPhone, iPad and Apple TV. Owners of those devices will be able to access content for free as a type of value-added service. The TV app itself will be revamped as part of the rollout.

Along with free-to-watch originals, Apple is planning to sell access to outside channels under a subscription model. It is these entertainment companies that are likely referenced by today's report.

Third-party channels are only part of the story for Apple's homegrown streaming service. The tech giant is looking to expand on its existing lineup, which consists of "Carpool Karaoke" and "Planet of the Apps," with a billion-dollar original programming offensive.