AppleInsider
Posted: January 29, 2019 4:17AM
in iPhone
Steven Soderbergh is back behind the iPhone for his latest film, this time for Netflix. The first trailer for "High Flying Bird," a film shot entirely on trio of iPhones was just released.

Soderbergh made headlines a year ago when he secretly shot his last thriller -- Unsane -- completely on iPhone. The experience went well enough that he chose to film his next feature on them as well.

"High Flying Bird" is an sports drama in which NBA agent Ray is stuck between the players and the league and must find a way out to save his career.

Soderbergh and his team used three iPhone 8 devices and popular filming app FiLMiC Pro to shoot the film. The director also utilized the Moondog Labs 1.33x anamorphic adapter and the Moment 2X Tele lens. All filming was completed over the course of two weeks, after which Soderbergh had a rough cut completed in under three hours. An impressive feat for any feature flick. 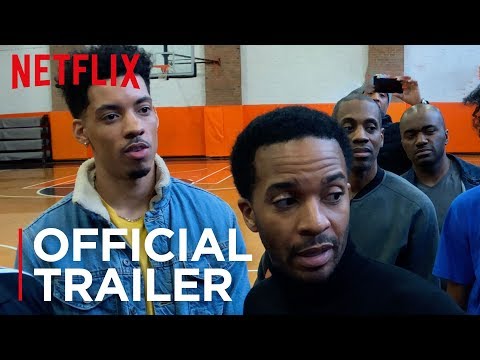 The film stars "Moonlight" star Andre Holland and Zazie Beetz, and was written by Tarell Alvin McCraney. McCraney won an Oscar for the screenplay adaptation of "Moonlight," which was based on his own play. Netflix acquired the rights to the film in September 2018. It will premiere first during the Slamdance Film Festival before debuting on Netflix in February.