AppleInsider
Posted: February 12, 2019 6:15PM
in Apple Watch edited February 2019
A home nurse in Fayetteville, N.C. was reportedly put on a path to discovering supraventricular tachycardia by her Apple Watch. 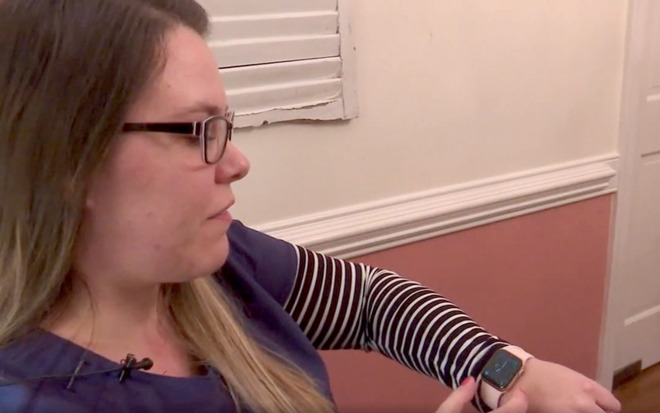 Beth Stamps was in a patient's home when the incident happened, later saying she felt like she'd just finished "running a marathon," according to ABC11. Her Series 4 Watch indicated that her heart rate had hit 177 beats per minute -- higher than what most athletes encounter at the peak of a workout.

Coworkers had her rushed to a hospital, where she was diagnosed with supraventricular tachycardia, a form of arrhythmia. The condition isn't necessarily dangerous, but may require treatment to keep under control.

Stamps told ABC that she'd had previous heart incidents, but until now had been able to control them by deliberately relaxing.

All current Apple Watches are able to use their heart rate sensors to detect possible atrial fibrilliation/arrythmia. The Series 4 can go a step further, recording electrocardiogram (ECG) readings, but requires people to load an app and hold their finger on the Watch's crown. It can't therefore aid the heart sensor in detecting problems on the fly.

The Watch has regularly made local news media for its lifesaving abilities. Apple has seized on this for marketing, furthering the company's narratives about health and fitness as selling points.