The Nest Secure has a hidden microphone, and Google didn't tell owners for 18 months

AppleInsider
Posted: February 20, 2019 1:56PM
in General Discussion
Owners of Google's Nest Secure system are upset about a microphone on the product suddenly being enabled for Google Assistant -- one that they weren't aware existed. 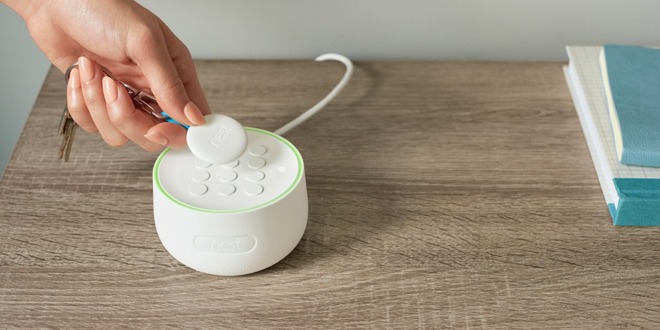 Google announced the update earlier this month, explaining that the mic had "not been used up to this point," and could be enabled or disabled at any time via the Nest mobile app. In a blog post it further explained that Assistant is an opt-in feature, and that customers will receive email explaining how to activate.

This wasn't enough to comfort people on social media though, who were angry to learn that a their home security system had the potential to record them, CSO noted. Criminals, businesses, or government agents could theoretically hack into Secure's Guard hub and eavesdrop.

"The on-device microphone was never intended to be a secret and should have been listed in the tech specs," the company said in a statement to AppleInsider and other publications. "That was an error on our part. The microphone has never been on and is only activated when users specifically enable the option."

Many people are already distrustful of smartspeakers, both because of the potential for spying and a handful of real-world incidents. Last summer, an Oregon family's Amazon Echo speaker even mysteriously recorded household audio and sent it to a man's employee, who called his family to alert them to what was happening.

Apple's first toe in the smartspeaker market was last year's HomePod. The company is generally believed to have tighter security than Amazon or Google, and there have been no known eavesdropping complaints so far.
«1234»