AppleInsider
Posted: March 6, 2019 8:08PM
in General Discussion edited March 2019
Facebook is embarking on a "privacy-focused" roadmap, shifting away from the public focus that has landed it in multiple scandals, CEO Mark Zuckerberg said on Wednesday. 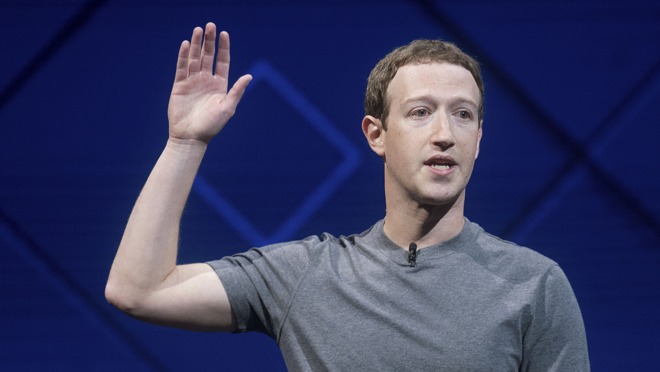 "Public social networks will continue to be very important in people's lives -- for connecting with everyone you know, discovering new people, ideas and content, and giving people a voice more broadly," he wrote in a blog post. "People find these valuable every day, and there are still a lot of useful services to build on top of them. But now, with all the ways people also want to interact privately, there's also an opportunity to build a simpler platform that's focused on privacy first."

Zuckerberg argued that Facebook and communications in general "will increasingly shift to private, encrypted services where people can be confident what they say to each other stays secure and their messages and content won't stick around forever." As an example of plans he pointed to WhatsApp, which started out with messaging but grew to include many other services under its umbrella.

Some tentpole principles will include safety, end-to-end encryption, less permanence, spaces for private interactions, and secure data storage. The goal is to "rebuild" more services around those angles.

On the storage issue Zuckerberg said that Facebook will avoid data centers in countries with poor track records on matters like privacy and freedom. That may be an indirect criticism of Apple, which is storing user data in Russia and China -- countries which regularly harass, imprison, or murder dissidents. Facebook is largely banned in China anyway, the exceptions being Hong Kong and Macau.

The company's changes may be as much a necessity to remain in business as a reaction to public sentiment, since it's facing a barrage of scandals -- the biggest of them being Cambridge Analytica, which could cost it billions of dollars in fines. Analytica collected data for voter profiles without most users' consent, and while Facebook shut down that operation in 2015, it waited until 2018 to make the lapse public.