Review: Southern Straps Apple Watch roll is the best way to travel with your wearable

AppleInsider
Posted: March 11, 2019 2:28PM
in Apple Watch edited January 22
If you travel with your Apple Watch, bringing multiple bands with you can get unruly. Quite a few different Apple Watch travel cases have been released, but we've fallen in love with the simplicity of the Southern Straps Watch Roll. 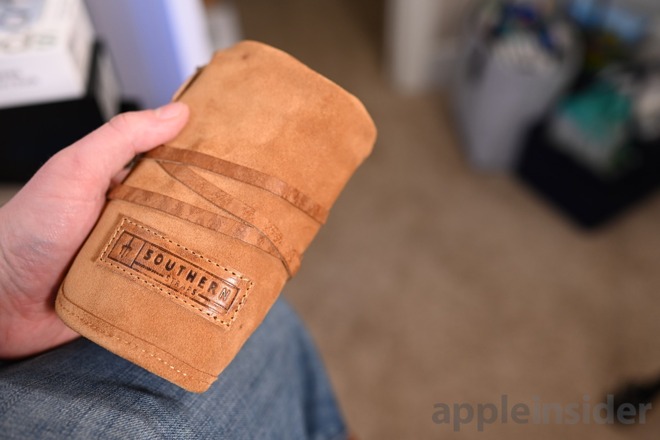 The Watch Roll is available in both a black and tan finish, with the latter the one we've been using. It reminds us more of a woodworkers tool belt than a normal gear bag, particularly in the tan. 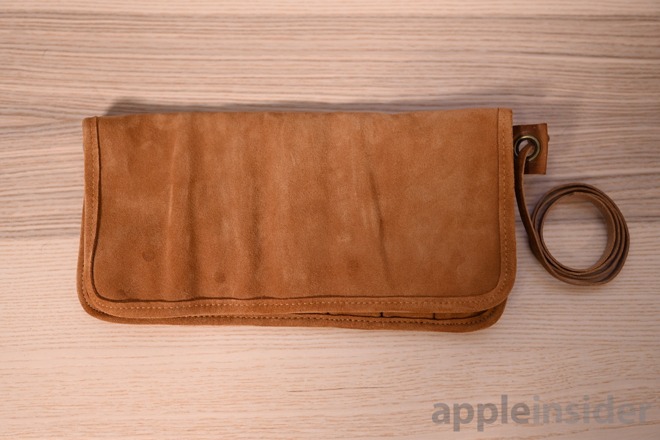 Two layers of vegetable-tanned suede are used which makes the wrap particularly hefty and solid. This thickness does make it bunch up a bit when rolled, but the added protection is entirely worth it. 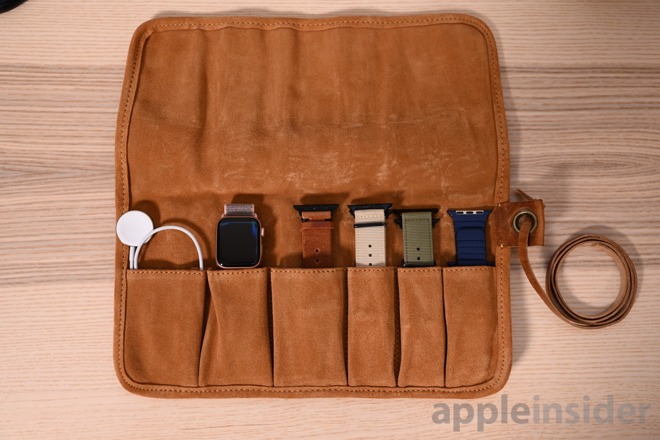 When unfolded, six pockets line the insider. Three of them -- those to the left -- are slightly larger than the others. This makes them better for larger accessories such as charging cables or the watch itself. The smaller ones are the perfect size to fit Apple Watch bands, though we end up filling five of the six with them.

One caveat to a roll like this, is you are limited by the bands you can store. South Straps only sells two-piece bands, but if you have a metal link band, like the Nomad titanium model, it won't easily fit. You could potentially slide it in, but it would be a bit longer than the roll when folded in half. As we have a couple of these one-piece bands in our collection, it does cause a bit of turbulence. 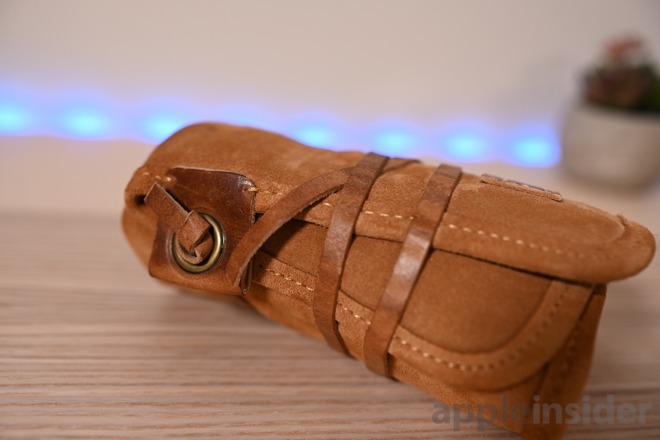 When you add all your accessories in, the case is just rolled right up. On one end is a leather tag with a metal eyelet. Running through the eyelet is a lengthy strip of leather with a knot on the end. The knot keeps it from coming out of the hole, but a bit of fiddling could make it come through. This initially had us concerned, but after using it, we realize that it doesn't need to be overly tight at that spot.

To secure the roll, the leather is wrapped around and either tucked under itself to stay in place, or tied in a simple knot with the opposite side. Both methods work, though we just wrapped and tucked the majority of the time. 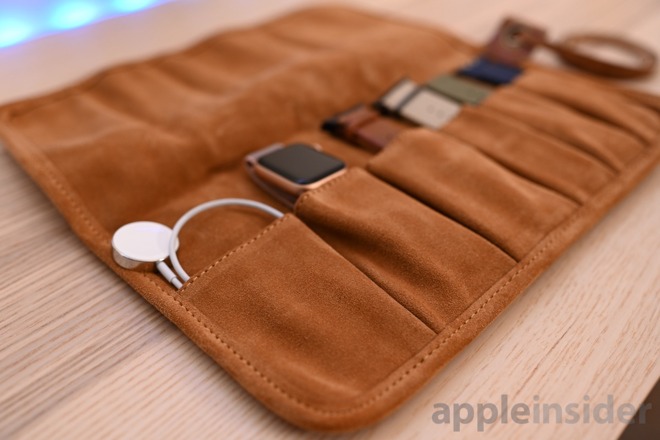 The simplicity of the Souther Straps watch roll is envious. It looks great, is functional, and isn't overly cluttered or made of plastic. We didn't usually travel with many of our watch bands because we didn't have a dedicated place to keep them, but with this watch roll, we can always go in style.

The Southern Straps vegetable-tanned calf suede watch roll is available directly from the manufacturer for $90 in black or tan.

If you're looking for an Apple Watch band to go with the Southern Straps Watch Roll, there are a variety of options made by popular brands, such as Apple itself, Nomad, TwelveSouth and more.