AppleInsider
Posted: March 13, 2019 5:19PM
in iPhone
AppleInsider tests the video recording aptitude of the new Samsung Galaxy S10e and the iPhone XR in a variety of environments from slow-motion to stability. 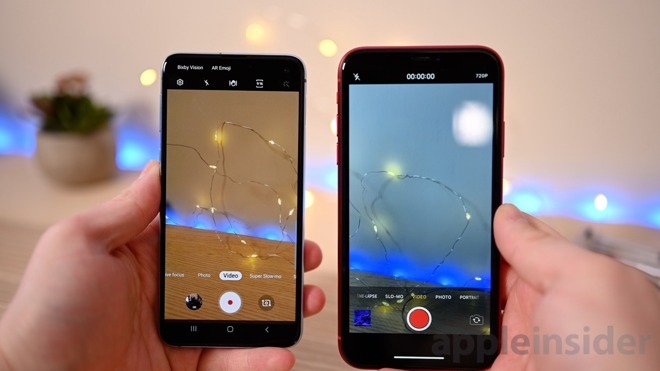 Both phones will shoot primarily with a 12MP rear wide angle lens, each capturing video up to 40K at 60 frames per second. Samsung has a few additional features such as expanded zoom and Super Slo-mo, though how they perform is a bit questionable.

For our tests, both phones shot simultaneously, side-by-side, in the stock video apps with no post correction done for stability or color. So what you see, is right off the phone.

Check out all our sample footage for yourself in our hands-on video. 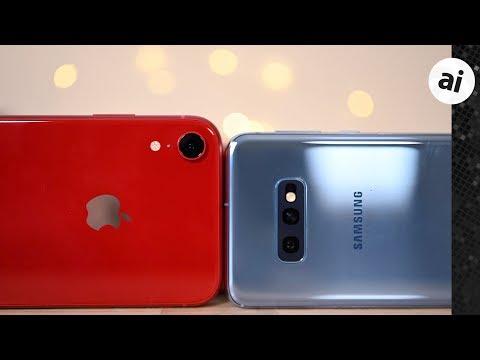 The first thing we tested was the stability of the phones. Both phones have optical image stabilization (OIS), but the Samsung has an extra trick up its sleeve. Compared side-by-side, they are equally well stabilized with both showing a bit of jiggle as we jogged down a flight of stairs.

We then turned on the S10e Super stable mode and ran the stairs again. This time, the difference was clear cut. The Galaxy S10e had far more stable footage, blowing the iPhone away. 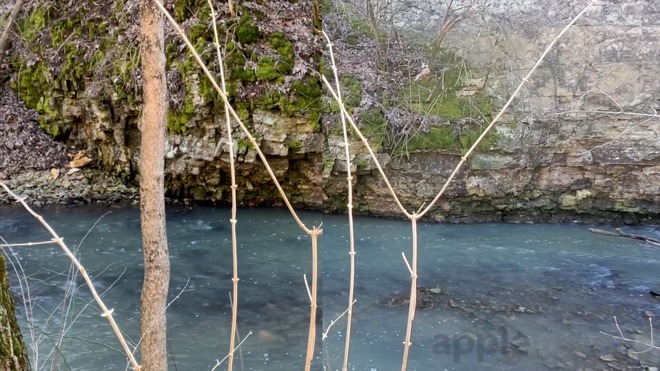 Following the stability test, we wanted to see how quickly each phone adjusted to drastically different exposures. We aimed both phones at the sun before quickly directing them towards a dark, overcast wall.

As we moved from bright to dark, the iPhone was much quicker to adjust to the change in light. We also noticed better color saturation in this scenario for the iPhone. The moss on the wall was more vibrant while not being overly saturated and the Galaxy S10e was slightly washed out.

Next, we upped the resolution on each phone to 4K at 60 fps and took a difficult shot that started at the bright sun, panned across a moving waterfall, then back up to some jagged rocks. In this test, we wanted to see how the color balance changed, how quickly the phones focused on the water and rocks while the camera moved, and how overall sharp the footage was. 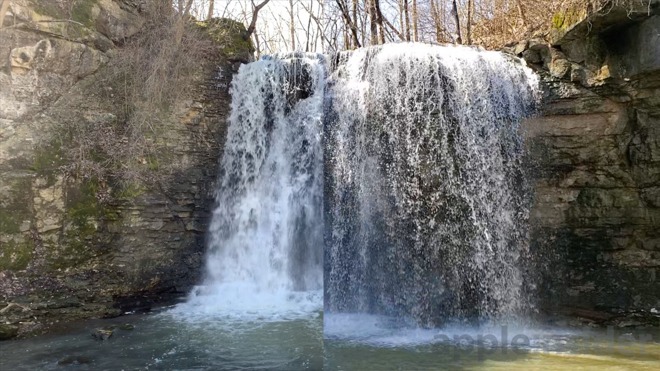 Samsung's colors looked great, as did the iPhone's, but the dynamic range and contrast on the iPhone won out when looking at the details on the rock wall. On the waterfall, each phone took a different approach. The S10e applied a sharpening effect which made the water have more defined edges. The iPhone added slight motion blur that softened the look. Which is better is mostly a matter of opinion.

To test focus, we held the phones below a wall, and raised them up to see how quickly they could adjust and focus on the moving background. The Galaxy S10e won out by about half a second over the iPhone.

In the continuous ads that are played on TV, Samsung loves to tout the slow-motion features of the latest phones. We first filmed in standard slo-mo before shooting the same subject in Super Slo-mo on the S10e.

In standard slo-mo, we saw Samsung still sharpening the droplets of water, but we also saw the rocks in the background losing their sharpness. The iPhone, on the other hand, kept the sharpness in the rocks and softness in the water. The iPhone appears more true to life. 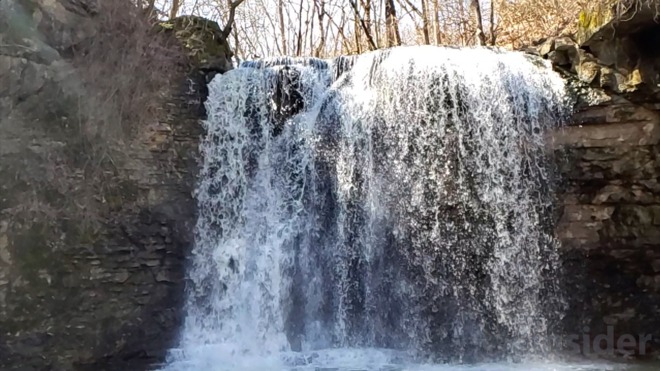 Super Slo-mo on the s10e still has an too-tight crop factor which can really limit its applications. Quality is also still bad, and the footage is dim, making it only usable in bright, well-timed environments. Our waterfall subject looks particularly grainy compared to more graphically-simple subjects. 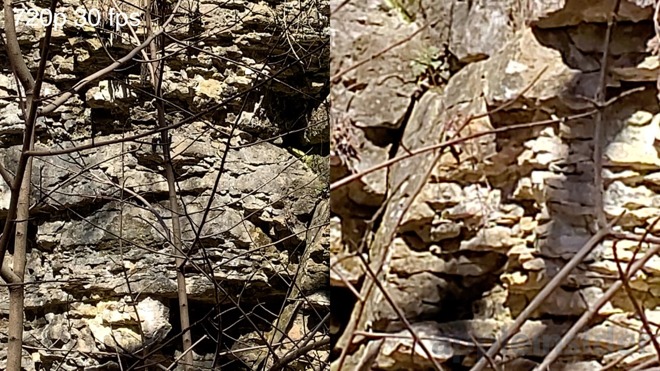 Each phone has digital zoom, though the S10e has far more scope. It can zoom in almost twice as much as the iPhone, but a similar situation to Super Slo-mo rears its head -- footage is just too poor to make it worth it. Why zoom in so much when it looks grainy, blurry, and washed out? There may be some purposes this could be useful, but it simply won't produce visually appealing pictures.

Lastly, we put both phones selfie cameras to test. The S10e wins in resolution, with an 8MP camera that can capture 4K footage. The iPhone XR is limited to 7MP and 1080p 60fps. When filming our subject, we noticed that just like our photo comparison, the skin tone is a bit too light. We also took the opportunity to test the microphones. The iPhone was able to better isolate our voice when standing in front of a billowing waterfall, but in less noisy environments the Samsung kept the voice levels louder.

Each phone, more-so than in our photo comparison, has their pros and cons.

The iPhone really nailed the white balance, exposure, and skin tones. It also had the overall better-looking footage. 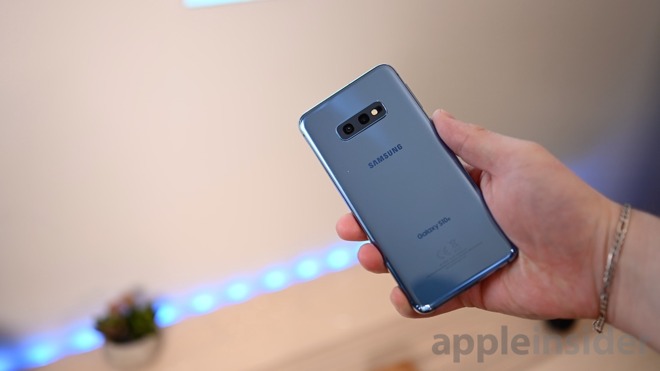 Samsung really did well with the technical aspects of the S10e, giving users more options. The digital zoom and Super Slo-mo features are impressive in name, but don't produce footage you'd actually want to use. Samsung did nail our focus test and did better isolating audio.

The Samsung Galaxy S10e can be ordered from Samsung directly, as well as at Samsung authorized dealers, such as B&H Photo and Amazon.com, with prices starting at $749.99.