AppleInsider
Posted: March 15, 2019 12:55PM
in iPod + iTunes + AppleTV
Despite having yet to air anything qualifying, Apple is reportedly recruiting strategists to get its movies and TV shows in front of awards voters, such as those for the Emmys and Oscars. 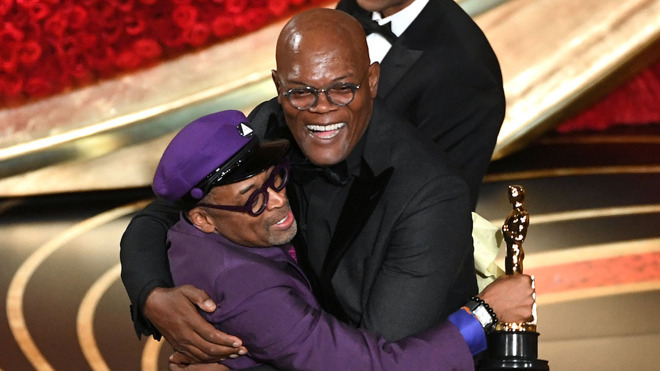 The company is currently forming a team, and has already hired one strategist away from Disney's TV group, Bloomberg said on Friday. One source indicated that Apple is searching for a "high-level" person to oversee the team, even though it won't be eligible for the Emmys until 2020.

While their legitimacy is sometimes debated by fans and critics, the Oscars and Emmys are still sought after by studios as a mark of prestige. That's been particularly true for streaming video companies like Hulu, Netflix, and Amazon's Prime Video, which only have a few years of original content rather than decades.

If they feel they have a realistic chance of winning, studios will run extensive campaigns to get titles nominated or victorious, for instance taking out ads in trade publications like Variety and mainstream papers like the New York Times. It can also be critical to send out "screener" discs and downloads to voters, even if that risks leaking content to pirates.

Apple is working on its first slate of high-budget shows and movies, some of which should appear at a March 25 press event where its streaming platform will be unveiled. The service itself may only launch later this year, possibly as late as the fall.

Whether or not Apple will have any awards-worthy material is another matter. The company is recruiting high-profile talent such as director/producer J.J. Abrams, but executives such as CEO Tim Cook are reportedly wielding a heavy hand in content, demanding family-friendly material and opposing any anti-technology storylines.