AppleInsider
Posted: March 19, 2019 12:28PM
in General Discussion
Apple is continuing to work on ways to improve the experience of typing on a keyboard, including data overlays either on the key, or by harnessing augmented reality and virtual reality to overlay symbols on a physical keyboard, and a system that could allow users to adjust the resistance when pressing a key to their personal preference. 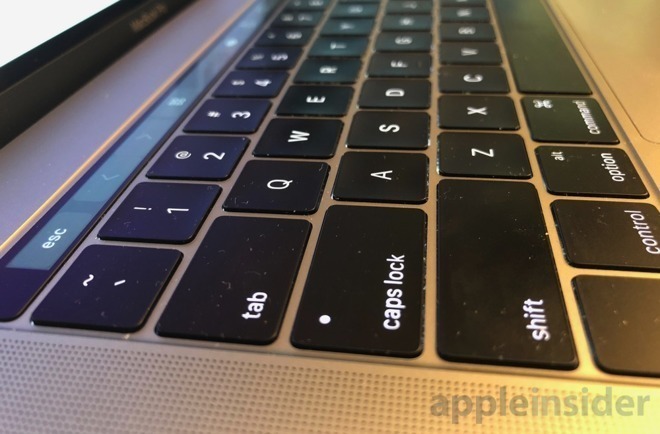 Typing has been a major way people interact with computer systems for some time, and while there have been some improvements over the years like backlighting, relatively few breakthrough changes have been made to the system. Though some have shown promise, such as OLED panels and e-ink displays for keycaps, not many ideas get adopted by the rest of the industry or by users for a variety of reasons.

In a pair of patents granted by the US Patent and Trademark Office on Tuesday, Apple has come up with two ways that it hopes could be used with keyboards to improve them for everyone.

The first patent, "Systems with keyboards and head-mounted displays," suggests that, when using a physical keyboard as part of an augmented or virtual reality system, the technology could be employed to enhance the options available to users when typing.

While it can cover virtual keyboards and software keyboards, the meat of the patent actually relates to physical versions. In short, the user's AR view of a keyboard could display an overlay on top of the keyboard itself, showing different symbols than what is actually on the keyboard. 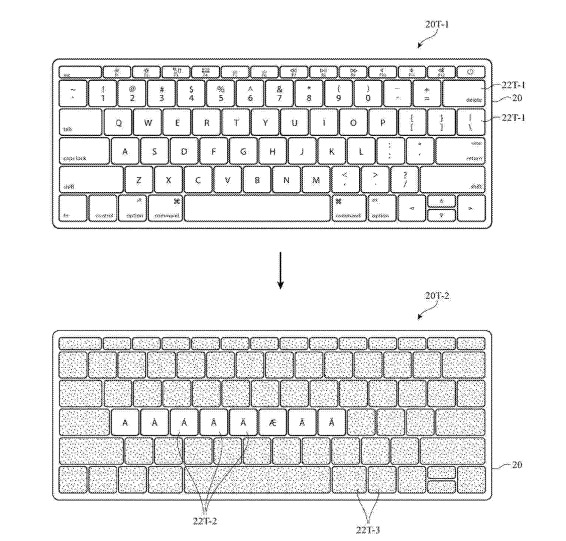 The same could also be used in VR, with the seen representation of the keyboard lining up with where the user perceives it to be in the real world, allowing for a level of tactile feedback.

While the system could easily provide alternative languages on a keyboard for input, such as by changing the layout from US English to German, it could also show completely different symbols altogether on the overlay. For example, media playback controls or actions specific to an application could be displayed instead of characters, as shortcuts for app actions.

The second patent, "Variable response key and keyboard," revolves around resistance and how users physically press the keys. Apple argues that current mechanical mechanisms are generally uniform across the keyboard, which could cause fatigue if users are typing for a long period of time using their weaker fingers.

It is also suggested some users would prefer a keyboard to require more or less weight to perform an actuation, depending on finger strength and typing speed. The mechanisms themselves are also an issue as they may change properties over time or with excessive wear, with those used by often-typed keys pressed by stronger fingers likely to see wear quicker. 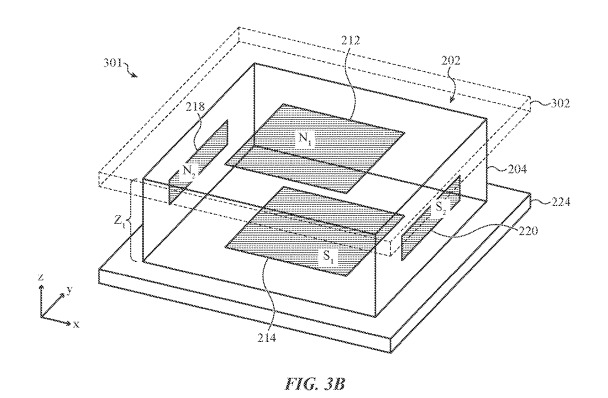 An illustration of how the smart key's magnetic properties could be set, to give variable resistance

Apple's suggestion is to use a variable response material, like a "magneto-rheological elastomer," that can have its properties changed by a nearby magnetic source. This could feasibly be used to adjust a number of factors, like travel distance, stiffness, and dampening.

Rather than relying on a switch or contacts as confirmation of a keypress, Apple suggests there could be a proximity sensor that could be used to detect the distance the key has travelled.

Apple files numerous patent applications to the USPTO on a weekly basis, and while they can be used to indicate areas of interest for the company, they are not guaranteed to make an appearance in a future product or service.

Apple has considered alternative ways for keyboards to be used for a while, including the use of glass panels as keyboard replacements in a MacBook, as well as touch-sensitive versions. A few patents also suggest the use of a secondary display as the keyboard itself, enabling for quick customization depending on the user's needs.

Keys are not the only way Apple intends to revolutionize computer inputs. Some recent patent applications advise on the use of force-sensing gloves for gesture controls, and another form of glove that can provide an experience of gradual resistance on pressing a physical key, but to a software-based display keyboard.