AppleInsider
Posted: March 28, 2019 5:20PM
in iOS edited March 2019
Apple has issued more betas, one day after the latest batch, with developers able to download a first build of watchOS 5.2.1 while public beta testers are able to get their hands on iOS 12.3 and tvOS 12.3, complete with the new TV app. 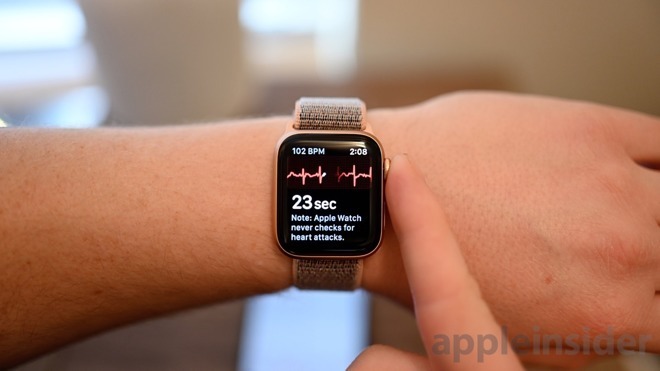 The Apple Watch ECG app, which recently became available to use in Europe

Developers taking part in the test program can acquire the new builds via the Apple Developer Center, or as an over-the-air update on enrolled devices. Participants in the public Apple Beta Software Program can download their betas through that testing scheme's own site, or again as an update directly to devices.

The latest betas follow after Apple's distribution of developer builds for iOS 12.3 and tvOS 12.3 on Wednesday.

The main change for both iOS 12.3 and tvO 12.3 is the updated TV app. Built to collect together numerous channels, the app will eventually allow consumers to subscribe to third-party channel packages, as well as Apple's own content via Apple TV+.

For iOS, the other main change is a larger Wallet app transaction history, with a bigger list of payments now viewable rather than the handful previously shown. It is likely the change is made as a precursor to the Apple Card launch for later in 2019.