AppleInsider
Posted: April 4, 2019 1:50PM
in iPhone
Group portraits could be made from multiple selfies taken on a number of different devices and digitally stitched together, Apple suggests, with an automated system creating a synthetic group selfie from separate self-portraits, one that could also be rearranged to the user's wishes. 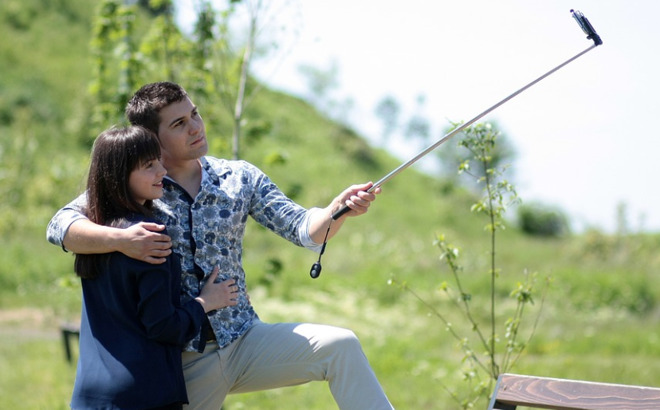 Family portraits and photographs of a group are great ways for friends and acquaintances to capture a moment in time, as a reminder of what happened at an event. Even so, the process of creating a group shot can be a hassle for those involved for a variety of reasons.

Individuals may not like how they have been captured in a particular image, forcing there to be multiple shots taken. Others may not agree with their placement in the group itself, as they may prefer to be shown standing next to loved ones instead of a person they barely know. Self-conscious people may also feel more vulnerable in a group setting, and may not necessarily look at their best in such images compared to selfies.

In the patent application published by the US Patent and Trademark Office on Thursday, Apple's idea of "Generating Synthetic Group Selfies" aims to solve these problems with group portraits by simply combining together multiple selfies.

According to the application, a collection of smartphones or tablets could be used to take self portraits of each user individually. Along with providing an optimal high-resolution image of the subject to work with, due to being shot from an arm's reach away, it also means there is the opportunity for the subject to select their pose and to make multiple attempts to create the ideal image.

An originating user sends a group selfie invitation to other contacts, who then take their own self portraits and has them sent to the first user's device. Depending on how the system is set up, the invitations could be rejected by individuals unwilling to appear in the photograph, or could be limited to within a geographical distance of the originator, ensuring only people at the event at that time can be in the shot. 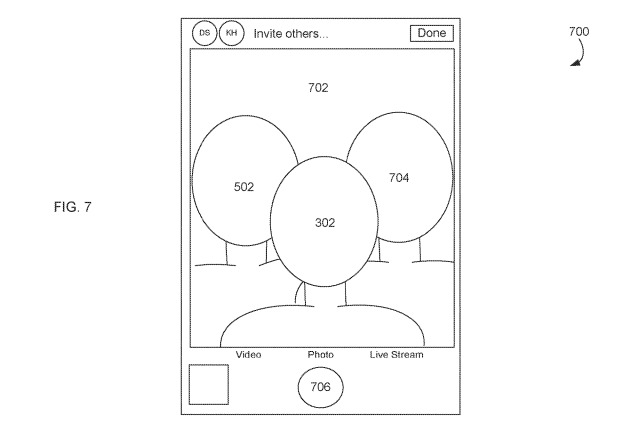 Each individual's image is split into two sections, consisting of the subject in the foreground and a background image. The section containing the subject is then combined along with others, arranged in a sequence that could feasibly be how people stand in a group photograph, with heads staggered in rows to fit the person behind in the gap between two other people.

Depending on the size and scale of the final image, this could adjust the number of rows and how many people are in each row, to best fit in all participants into the shot.

Once in place, the device then applies the background image, which may have been collected previously by analyzing the primary user's image and extracting just the background, or as a separate photograph. The resulting image can then be exported as a still image for sharing on social media or for other purposes.

The final synthetic group portrait can be stored as a collection of self portraits, along with the background image, and data on positioning of each person within the group shot. As everything is stored as discrete items, it is also possible to change the order of people within the shot, and if all elements are sent to all other participants, for each to arrange the group depending on their own preference.

The portrait does not have to be limited to images, as Apple suggests each portrait could be made from a video clip that has gone through the same foreground separation process. It is also plausible for the group shot to be taken by arranging a collection of live video feeds, automatically produced with backgrounds removed, to allow for a similar "live posing" element to traditional group shots. 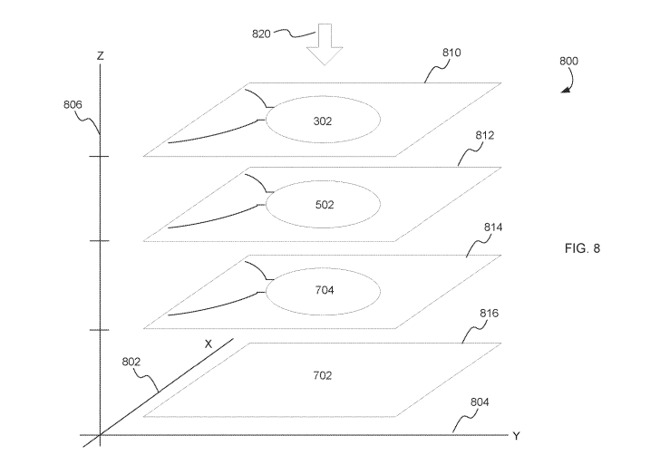 Apple files a number of patents and applications with the USPTO on a weekly basis, and while the chance of the ideas making it into future products or services remains relatively low, it does however indicate areas of interest for the company.

In theory, Apple already has all of the elements in place in terms of hardware to pull off the creation of a synthetic group selfie feature. The current-generation of iPhones use a TrueDepth camera which takes advantage of depth maps for Face ID and for Portrait Mode, a function that effectively makes separating the subject from the background relatively easy to perform.

Layering images and automating positioning while allowing for manual reordering is also quite possible to do in software, considering how many image editing apps rely on layers.

Lastly, Apple also has experience handling video from multiple sources simultaneously via Group FaceTime, which could easily facilitate the live simultaneous selfie element. Indeed, such a system could be used by Apple as a way to present Group FaceTime calls in the future, with a visible group of people on show instead of the existing system of having all participants in their own video box.