AppleInsider
Posted: April 18, 2019 1:15PM
in iPhone edited April 2019
A behind-the-scenes video of Apple's "Don't Mess with Mother" video expands on the production of the dramatic nature-centric video -- and demonstrates that sharks and monkeys both are interested in the iPhone. 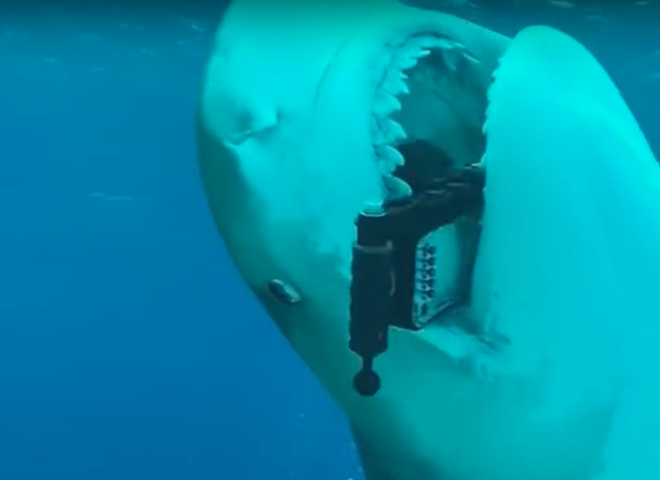 The video, published late on Wednesday, delves into the production of the video. It has footage shot for the video, but not used, including a shark stealing an underwater photography rig from a photographer, and a pair of monkeys playing with an encased iPhone.

The "Don't Mess With Mother" video chiefly concentrates on animal wildlife around the world, but also delves underwater with a shark and into the air with majestic footage of an eagle. It was filmed in nine countries around the world and features a metal soundtrack with Megadeth's Last Rites.

Released just ahead of Earth Day 2019, the 70-second 'Don't Mess with Mother' video was shot on iPhone XS by Camp4 Collective, a production company specialising in outdoor photography for films and commercials. It's best known for producing 'Meru', a 2014 mountaineering movie that won the Sundance Film Festival's Audience Award.

Apple's 'Shot on iPhone' campaign demonstrates the video capabilities of the smartphone range with these ads, with the most recent ones shot in the Maldives and Cuba debuting this month.