The latest betas take over from the third developer builds Apple released on April 22.

Joining the other fourth-builds is the third beta build of Apple TV Software 7.3, for the third-generation Apple TV, with build 12H836 replacing the second build 12H833. 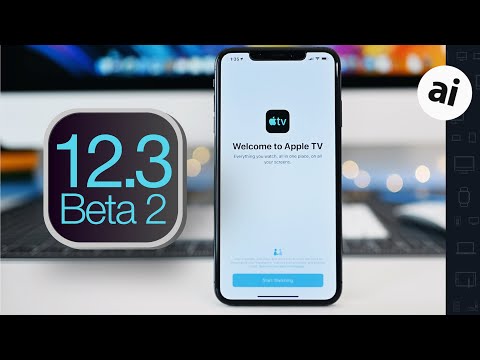 The main attraction of the betas is the inclusion of a redesigned TV app in iOS 12.3, and tvOS 12.3, laying the groundwork for the upcoming Apple TV Channels and Apple TV+ services arriving later this year. There are also changes in iOS relating to the Wallet app, preparing for the extra features in Apple Card, the credit card launching in the United States this summer.

The Apple TV Software beta is due to Apple making the third-generation Apple TV able to work with the new Apple TV+ and Channels experience. While Apple has not issued beta software for that particular model for quite some time, instead providing new features to the fourth-generation Apple TV and 4K, the sign betas are being produced indicates Apple is keen to make the services accessible by as many people as possible, including those on legacy hardware.