Review: HyperDrive is the most well-rounded iPad Pro USB-C Hub yet

AppleInsider
Posted: April 30, 2019 4:51PM
in iPad edited January 2021
One of the biggest arguments against the iPad Pro being a "Pro" device, is the lack of multiple ports. The HyperDrive USB-C Dock for iPad Pro tries to set that complaint aside. 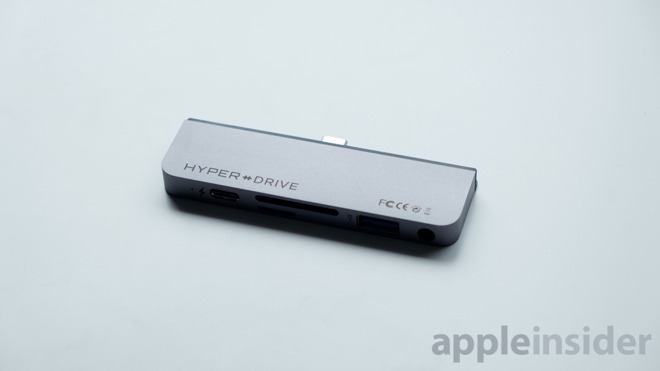 The HyperDrive USB-C Dock for the 2018 iPad Pro is a single USB-C plug providing connectivity to the iPad Pro, hosting a medley of other ports. Hyper's offering a six-in-one USB-C dock that houses a 3.5mm headphone jack, a full-size HDMI port, USB-A, USB-C, SD, and microSD ports. That's the most we've seen on a dedicated iPad Pro USB-C hub thus far. 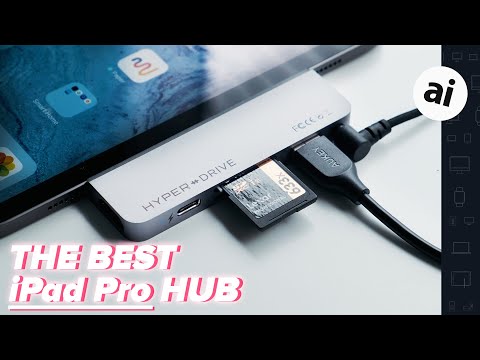 A removable shim helps keep the hub flush with your iPad, but can come off if you should ever try to use this with your Mac or another USB-C device. 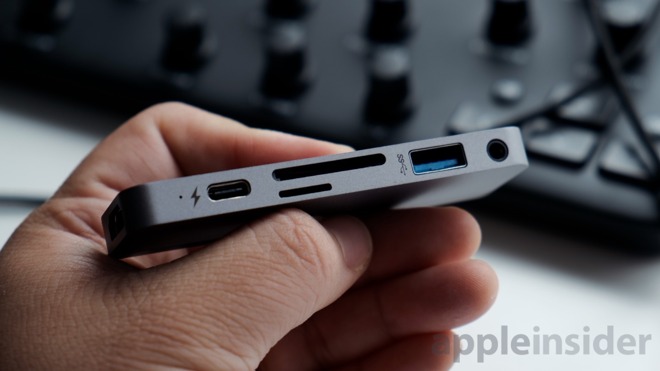 Within that list of ports there are a few things worth touching on. The USB-C port supports 5 Gbit per second of data as well as power delivery, which means your iPad can charge and sync at the same time. The USB-A port is also a 5Gbit port, with the MicroSD and SD slots are UHS-1 capable of around 100MB/s transfer rate.

If you're looking for the best HDMI output for your new iPad Pro, you're not going to get it while using a hub, unfortunately. Most of the hubs out in the market right now, including HyperDrive, only support 4K at 30Hz even though iPad Pro supports 4K at 60Hz. The HyperDrive can deliver a signal at 1080p at 60Hz, as well as 2K resolution at 60Hz though, which is still solid. 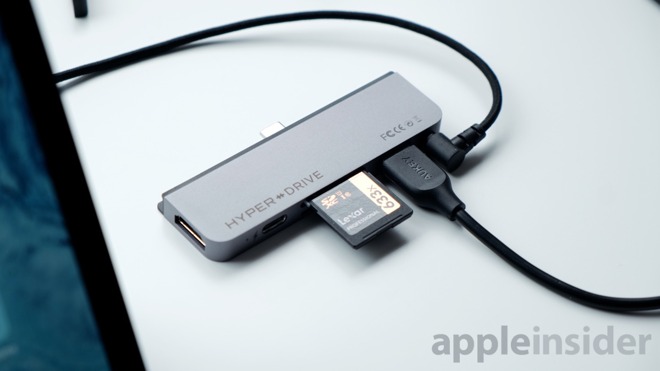 One thing that some people miss from the 2018 iPad Pro is that dedicated headphone jack. When Apple announced the new iPad Pro late last year with its new, modern design. Apple decided to ditch the headphone jack altogether and go all out on wireless audio with the AirPods. But, this doesn't work for everybody -- so the HyperDrive has a headphone jack.

Audio can be finicky with hubs. With the HyperDrive though, if you've got a television connected with HDMI, the audio routes properly to the television. If you plug in a set of headphones, the hub will route audio to those headphones, or other audio peripheral the way it should, and it does so automatically.

A plethora of ports doesn't matter if the dock keeps falling off the USB-C port. A simple, removable, well-designed PVC clip prevents this in the HyperDrive.

This little piece of plastic keeps the HyperDrive hub stable and evenly distributes the weight across the entire edge of the iPad, and crucially not just the USB-C port in the center. This makes a huge difference in daily use, and it easily stops the hub from disconnecting accidentally which happens disconcertingly often with the other hubs we've tried. The removable clip works with, or without the Smart Keyboard -- but if you have a case that doesn't fit, just remove the clip and you're good to go. 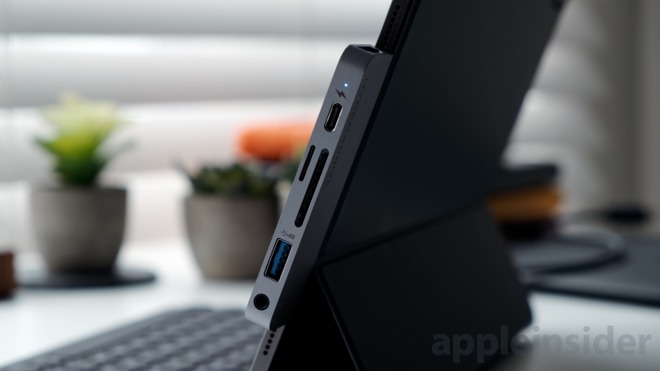 USB-C hubs are great for the new iPad Pro, but practical applications are still somewhat limited by iOS. We're hoping that this upcoming WWDC and when Apple officially announces iOS 13.

The HyperDrive 6-in-1 USB-C Hub for Apple's current iPad Pro can be ordered from Hyper directly for $89.99. B&H Photo also stocks the accessory for $98 with free expedited shipping.