AppleInsider
Posted: May 2, 2019 4:14PM
in iOS edited May 2019
GameClub, a mobile game developer, has secured $2.5 million in investment from a variety of funds, with the startup planning to modernize and rerelease older iOS games that are no longer playable on newer iPhones and iPads, as well as producing its own titles. 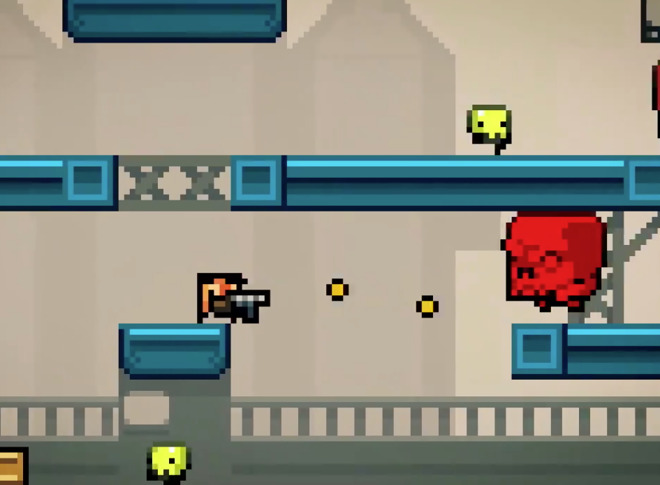 'Super Crate Box,' one of the titles being updated by GameClub for modern iOS versions

The constant march of technology and improvements in iOS has meant many of the features of older versions of the iPhone and iPad operating system are no longer available for apps to use. Over time, this can lead older unmaintained versions of apps and games to not be playable on newer iOS releases, and effectively making them unavailable to purchase by newer players.

GameClub aims to change that, after receiving investment from firms including Watertower Ventures, BreakawayGrowth Fund, and Ride Ventures, reports VentureBeat. Raising $2.5 million in seed funding, the company will be working with the original creators of popular older iOS titles to make them usable on newer iOS versions.

Rather than compiling them within a single app, the effort will make the rereleases available through the App Store itself. Some titles are already being worked on and are undergoing testing in early access, with an official launch of the company's first efforts expected to take place this fall. The games will not be free to play, and a financial model for profitability has not been finalized yet.

"What I will say is that a big part of our inspiration for GameClub comes from knowing that many great premium game developers have been driven away from mobile, despite a lot of demand for their games, because of the lousy monetization models available to them," said GameClub CEO Dan Sherman. "We wouldn't be doing this if we didn't believe that GameClub can make premium mobile game makers successful again. We're building this for them and their fans."

An example of the modernization process, which will happen to more than 50 iOS titles under current plans, is updating 32-bit apps. Apple dropped support for 32-bit applications in 2017, with developers electing either to invest resources in producing 64-bit versions or not let the apps die, with many deciding to go for the latter due to the expense involved.

Dependencies on older software development kits also have to be fixed, such as for third-party analytics that have shut down. Under the plans, as many games share the same engines, GameClub will set up automated build processes so they can be more easily kept up to date with future changes.

The company will be working with the original developers of the games, with three of the titles including Vlambeer's 'Super Crate Box,' Venan Entertainment's 'Space Miner,' and Fluttermind's 'Incoboto.' Other titles known to be undergoing testing include 'Run Boo Run,' 'Cubed Rally World,' 'Chopper 2,' 'Zombie Match Defense,' 'Wooords,' 'Sword of Fargoal,' and 'Hook Champ.'

In some cases, GameClub has the challenge of dealing with the legal ownership of some titles, as the games may have been produced as part of a studio or publisher who no longer exists, or the rights holder may have exited the industry entirely.