AppleInsider
Posted: May 6, 2019 1:17PM
in iPhone edited May 2019
Newly-published Apple research argues that seniors not only use iPhone apps differently than their younger counterparts, but that their habits can predict future brain decline. 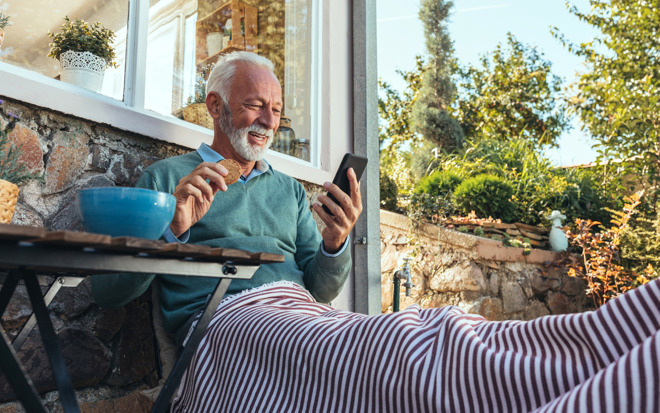 A paper, "App Usage Predicts Cognitive Ability in Older Adults," was shared during the ongoing ACM CHI Conference on Human Factors in Computing Systems in Glasgow, Scotland. Credited are six researchers -- Mitchell Gordon, Leon Gatys, Carlos Guestrin, Jeffrey Bigham, Andrew Trister, and Kayur Patel -- all of whom work for Apple except for Gordon, who did the research while he was an intern but has since moved on to Stanford University.

In the course of research, Apple collected iPhone data and cognitive test results from 84 otherwise healthy people aged 61 to 76 for three months in 2018. The median age was 66, and 69 percent were women.

"We find that older adults use fewer apps, take longer to complete tasks, and send fewer messages," the researchers say in their abstract. "We use cognitive test results from these same older adults to then show that up to 79% of these differences can be explained by cognitive decline, and that we can predict cognitive test performance from smartphone usage with 83% ROCAUC [receiver operating characteristic area under curve]." Seniors who are "cognitively young" tend to use iPhones like younger people, the paper adds.

The Apple researchers acknowledge several limitations to their work, among them a relatively small sample size, the absence of a controlled, randomly-assigned experiment, and potential "confounders" like hidden medical and socio-economic conditions. The comparison with younger adults was also based on prior work rather than a newly-recruited batch, and the 84 seniors were given new iPhone 7 units running backups of their existing iPhones, likely resulting in a "breaking-in period" for some.

Ultimately, outside research and meta-analysis will likely be needed to verify Apple's findings.

It's still a rare occurence for Apple researchers to publish papers, mostly a consequence of the company's secrecy. Most of these are about machine learning, though it did collaborate with Stanford Medicine on the Apple Heart Study, which collected data from 419,093 Apple Watch owners.

Apple has shown growing interest in the senior market, for instance adding fall detection to the Apple Watch Series 4. It's reportedly looking to get the Series 3 into the hands of U.S. Medicare users, and iOS has a range of accessibility options.