AppleInsider
Posted: May 6, 2019 2:13PM
in General Discussion edited May 2019
Apple is now typically buying a company every two to three weeks, CEO Tim Cook said in an interview during Berkshire Hathaway's annual shareholder meeting this weekend. 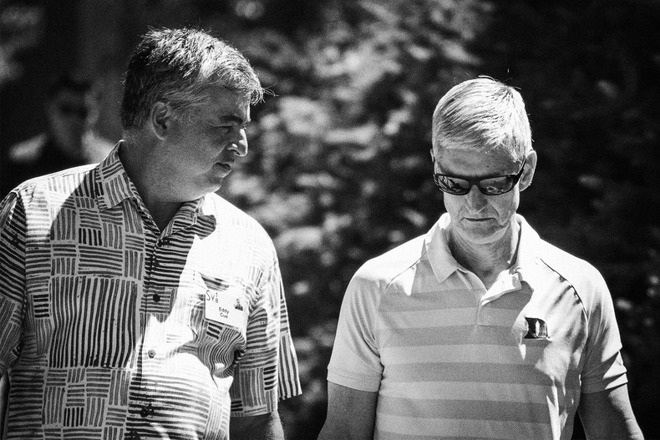 In the last six months alone Apple has snapped up 20 to 25 businesses, Cook told CNBC. These aren't usually announced, the executive explained, because they're often small firms and Apple is "primarily looking for talent and intellectual property."

After spending on projects like its $1 billion secondary campus in Austin the company looks for targets of opportunity, Cook continued.

"If we have money left over, we look to see what else we [can] do," he commented. "We acquire everything that we need that can fit and has a strategic purpose to it. And so we acquire a company on average, every two to three weeks."

Analysts and investors have sometimes pushed Apple to use its cash reserves -- now topping $225.4 billion -- to buy out large corporations, even rivals like Netflix or Tesla. It hasn't made any such purchase since 2014, when it spent $3 billion on buying Beats to lay the groundwork for Apple Music and future audio gear.

Its last major purchase was Texture, announced during SXSW 2018, for which it allegedly paid at least $485 million. That service formed the basis for Apple News+, which lets people read a collection of magazines and newspapers for a flat monthly fee.
«12»