AppleInsider
Posted: May 7, 2019 2:48PM
in Mac Software
Just a day after teasing the browser, Microsoft has posted live download links for the Dev and Canary builds of Edge for Mac, allowing macOS users to try out the software ahead of a formal public release of the Chromium-ported version. 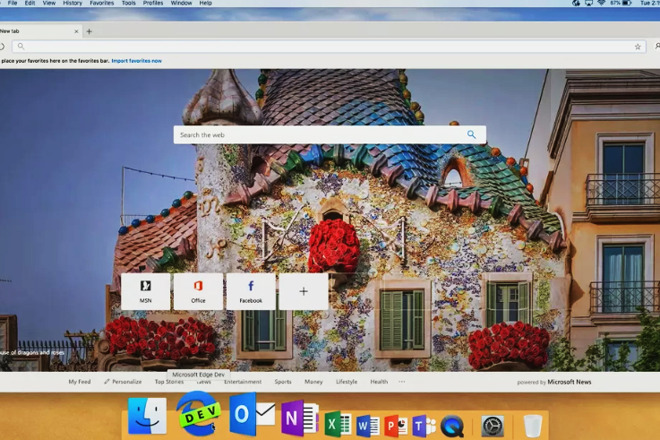 Discovered by Twitter user WalkingCat, the Dev build may be the safest to try, since while still pre-release it represents a weekly update. The Canary build represents the absolute latest code, but may potentially include serious bugs.

More details have meanwhile emerged about Microsoft's plans. Edge for Mac will support Touch Bars on MacBook Pros, for instance enabling tab switching. Mac users are also getting the option of rounded tab edges, and will indeed get any new privacy and Collections features coming to Windows.

The company has yet to formally announce the pre-release software or when the finished product will go live.

Microsoft is migrating all desktop versions of Edge to Chromium, the same open-source platform Google Chrome is based on. The hope is that it will make development easier for both Microsoft and third parties, and hence make the browser a more competitive force.

While it's unlikely to beat Chrome, which has over 65 percent of the desktop market, it's already ahead of Apple's Safari, and should eventually eclipse Microsoft's legacy Internet Explorer.