Query failed: connection to localhost:9312 failed (errno=111, msg=Connection refused). Apple highlights Trade In program as 'one last great thing' to do with an old iPhone - iPhone Discussions on AppleInsider Forums

AppleInsider
Posted: May 7, 2019 5:57PM
in iPhone
Apple is promoting its Trade In program via a new video on its YouTube channel, one that suggests users could help respect the planet and "Do one last great thing with" their iPhone by turning it in for refurbishment and recycling at the end of its life. 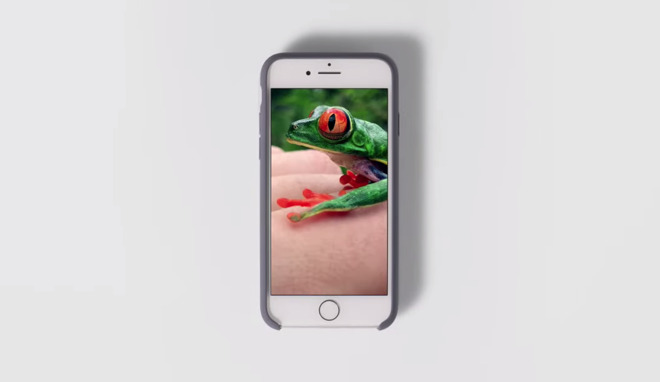 The iPhone Trade In program enables customers to hand over their older hardware at the time of buying a new model, in exchange for credit towards their next purchase or an Apple Store Gift Card. For other devices that do not offer credit, the program gives an opportunity to recycle the unwanted device instead of throwing it in the trash.

In the minute-long video, the narrator tells viewers "You've done great things with your iPhone, but at some point, you'll be ready for something new." Trading it in with Apple allows it to be "refurbished and put back into the world so someone new can do their own great things with it."

Even if the device is not fully functional and close to being unusable, the ad spot goes on to advise "materials inside will be recovered and recycled. Either way, you can continue to do what you love while respecting the planet."

The iPhone depicted in the video is shown to have captured a variety of images, illustrating people doing "great things" with it. A shot of the back of the iPhone shows it going from being sticker-encrusted to pristine, before showing more images. A last handoff of the iPhone between hands sees the old iPhone exchanged for a boxed model.

The ad spot ends "Do one last great thing with it."

Apple's video is the latest in a number of stories the iPhone maker is using to promote its environmental credentials, such as promoting Earth Day, the recent release of its Environmental Responsibility Report, and details of how Apple is helping to work protect and restore a 27,000-acre mangrove forest in Columbia.